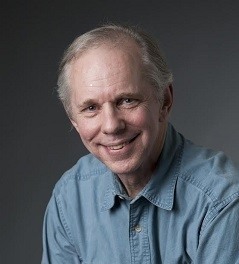 He has received grants from, among others, the National Endowment for the Arts, New York Foundation for the Arts, New England Foundation for the Arts, New York State Council for the Arts, Arts Midwest, and Meet the Composer. His compositions have been performed throughout the United States, Europe, and East Asia. They have received several prizes, including the Sudler International Composition Prize and the Ostwald Composition Prize, as well as awards from the International Trumpet Guild and the International Horn Society; are published by Boosey and Hawkes, Alfred Music Publishers, the American Composers Forum, and Ludwig Music Publishers; and can be heard on over twenty recording labels. Over the past year, there have been over 30 performances of his trombone concerto, a CD of his music for flute has been released by Wendy Mehne, a CD of his music for saxophone has been released by Steven Mauk, and his flute concerto “The Conjurer” has been awarded the “Best New Work for Flute” by the Flute New Music Consortium.

Dana Wilson holds a doctorate from the Eastman School of Music, and was for most of his teaching career Charles A. Dana Professor of Music in the School of Music at Ithaca College. He is co-author of Contemporary Choral Arranging, published by Prentice Hall/Simon and Schuster, and has written articles on diverse musical subjects. He has been a Yaddo Fellow (at Yaddo, the artists’ retreat in Saratoga Springs, New York), a Wye Fellow at the Aspen Institute, a Charles A. Dana Fellow, and a Fellow at the Society for Humanities, Cornell University.