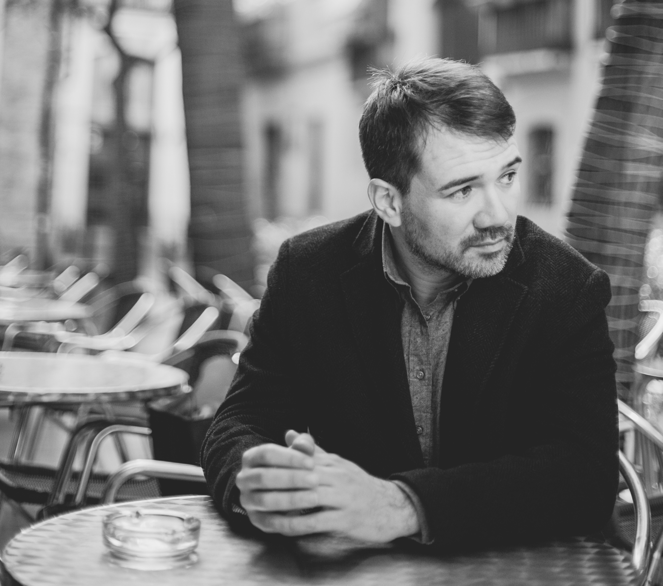 Born in Valencia in 1972, Luis Serrano Alarcón is one of the most outstanding Spanish composers. His works have been performed in over 30 countries, has been invited to conduct his own music in Spain, Italy, Singapore, USA, Colombia and Hong Kong and has received commissions from major organizations and groups like the Instituto Valenciano de la Música, International Band Competition Villa de Altea, Certamen Internacional de Bandas de Música of Valencia, Saint Thomas University (Minnesota, USA), The Philharmonic Winds (Singapore) and the Hong Kong Band Directors Association among others. In 2012, the Southeastern Conference Band Directors Association, a consortium of 14 universities from USA, commissioned his first Symphony for Wind Orchestra, which was premiered in October 2013.

In 2006 he won the first award at the International Band Competition Contest of Corciano, Italy with the piece Preludio y Danza del Alba, for brass quintet and Symphonic Band, repeating the same award in 2009 with his piece La Dama Centinela, which converts Luis Serrano Alarcón into the first composer that has won this prestigious award in two occasions.

In 2011 his piece Duende receives the Award to the best publication of a Classical Piece from the National Music Awards, which are annually given by the Academy of Arts and Music Sciences, and are being considered as the most important awards concerning Music in Spain.

From 2011 to 2013 Luis Serrano Alarcón was member of the WASBE Board of Directors.

Besides composing, Luis Serrano Alarcon is teaching Harmony and Analysis at the Professional Conservatory of Torrent (Spain), and since 2015 he develops his own editorial project, Alarcon Music.