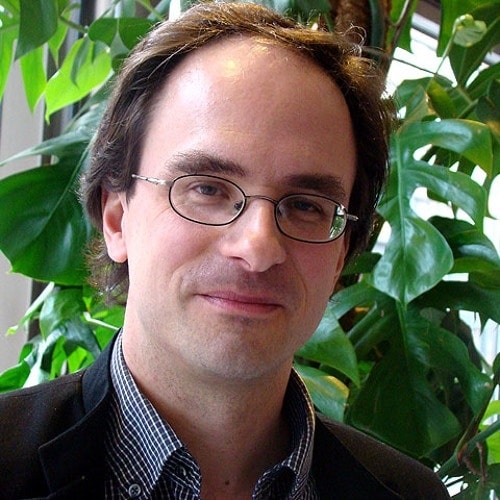 Oliver Waespi completed his studies in composition at the Musikhochschule Zürich under the tutelage of Gerald Bennett and Andreas Nick. He attended the Royal Academy of Music in London and the masterclasses of Simon Bainbridge, Sylvia Caduff, Peter Maxwell Davies, Brian Elias, Klaus Huber, Alfred Reed as well as Michael Rose at the Vanderbilt University/USA. His music has been performed in many European countries, in Australia, Japan, Singapore and the USA. Also at the Schweizerischen Tonkünstlerfest, the George Enescu Festival and various WASBE World Conferences.

Interpreters of his music include world-renowned symphony orchestras and chamber ensembles, soloists, choirs and many illustrious wind ensembles. His “Berglicht” for symphonic band was premiered by Stadtmusik Saltina Brig under the direction of Eduard Zurwerra, and his “Second Sinfionetta” by the Osaka Municipal Symphonic Band.

Within the circle of interpreters it is clear that Oliver Waespi maintains a wide and diversified interest in music which brings him into contact with both young, amateur musicians and internationally renowned professional artists and orchestras. Central to his interest is the investigation of various, apparently contradictory aesthetic possibilities in order to illuminate certain musical ideas from differing sides. It is thus that abstraction and clarity, linear and vertical orientated thinking, art music and folk music all combine in the works of Oliver Waespi.

Oliver Waespi received the International George Enescu Composition Prize for Symphonic Music in 2003 and was awarded a fellowship in London sponsored by the Landis and Gyr Cultural Foundation in Zug in 2005. He was added to the latest SPNM shortlist and is a teacher at the Hochschule der Künste in Bern, Switzerland.