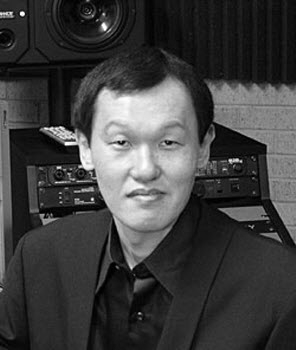 Yo Goto (b. 1958) is recognized as one of the leading composers and educators in the field of wind and percussion music in the United States and Japan. He is currently the executive director of the Japan Academic Society of Wind Music and a member of the committee of the Japan Band Clinic. Goto received his Bachelor of Music Education degree from Yamagata University, Japan, and studied composition with Shin-ichiro Ikebe at the Tokyo College of Music, completing a Performance Diploma Course. As active composer, arranger, and clinician, Goto moved to Texas to study composition with Cindy McTee at the University of North Texas (UNT) in 2001. He holds a Master of Music degree in composition and a Master of Music Education degree from UNT. For excellence in clinics and wind literature research, Goto received the Academy Award from the Academic Society of Japan for Winds and Band in 2000. Yo Goto won the American Bandmasters Association 2011 Sousa / Ostwald Award. He also has worked as a clinician and guest conductor at several international conferences including WASBE and The Midwest Clinic in Chicago, USA. He is a member of the board of directors of the World Association for Symphonic Bands and Ensembles (WASBE).

Youtube: YO GOTO A Prelude to the Shining Day