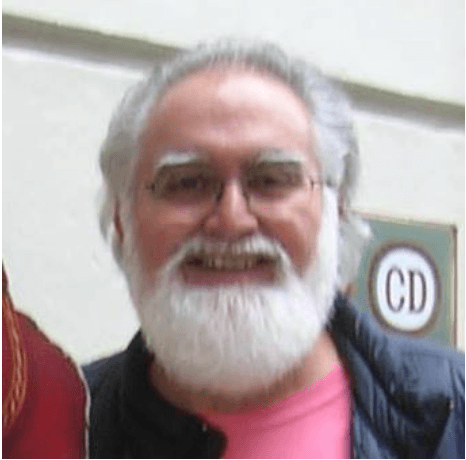 Aldo Rafael Forte is an internationally renowned composer with many published and recorded original compositions to his credit. His works have been performed by some of the best ensembles in the world. Born in Havana, Cuba on June 4, 1953 he came to the U.S. at the age of nine and is a U.S. citizen. His paternal grandmother was a piano teacher. Forte was introduced to music by his father, a professor of mathematics and amateur classical guitarist and guitar maker. Forte credits the encouragement of both of his parents, Dr. Aldo Forte and Maria Forte, with his active pursuit of music. He began playing trombone at 10 years of age and by 13 was composing little ditties to play with his cousins! Raised in Huntsville, Alabama, he attended Lee High School and wrote two marches for the high school band while there. As a trombonist, he was first chair in the Alabama All State Red Band, represented Alabama in the 1970 McDonald’s All American Band, and played in both the Huntsville Youth Orchestra and the Huntsville Symphony Orchestra, being the featured trombone soloist with the latter in Mozart’s K. 191 bassoon concerto (on trombone!!)

Forte attended Tennessee Tech University (BME 1975). At the time his primary emphasis was the trombone but all the while he continued to compose and studied composition with Robert Jager. In fact, his oldest work still being performed, “Adagio and Rondo for tuba ensemble” (1972), was written for the famed TTU Tuba Ensemble. It was later, while a graduate student at the University of Southern Miss. (MME 1977) that he began shifting his focus to composition, studying with William Presser. Later he studied composition with Ross Lee Finney at the University of Alabama (post graduate work). During the 70s he worked as a middle and high school band director and as a freelance trombonist teaching private lessons in low brass, playing in local Alabama performances of shows like Ringling Bros., Holiday on Ice, Tony Orlando and Dawn, and the Miss World Pageant backing up Rick James!!! He also had several full-time stints as a rock and roll trombonist in night club bands, occasionally playing keyboards along with a little backup singing, and he even tried his hand at writing pop songs! In 1980 he began a 26 year career as Staff Composer and Arranger in the USAF Band career field.

Equally at home composing original works for symphony orchestra, concert band, and chamber music, Forte has amassed a catalogue of compositions in all these genres, some “self – published” by his own Aldo Forte Music Press while many others appear in the catalogues of such publishers as Kjos, TRN, Studio Music (UK), C. Alan, Daehn, Ludwig Masters, and Tuba – Euphonium Press. His works appear on over 40 CDs on such labels as Klavier, Summit, Polyphonic (UK), NAXOS (Altissimo) and Deutsche Schallplatten Berlin (Germany).

In the concert band genre, his compositions are many and have been performed in North and South America, the Caribbean, throughout Europe, Asia, and Australia. Four of his works, “Dance Suite on Spanish and Latin Rhythms”, “Impressionist Prints”, “DALI”, and “Van Gogh Portraits” are fast becoming popular band works. “Van Gogh” appears on the required list in band competitions in The Netherlands.

Among the ensembles that have performed his music are “The President’s Own” U.S. Marine Band, Militar Musik der Voralberg (Austria), USAF Heritage of America Band, Band of the Fifteenth Field Regiment Royal Canadian Artillery, the National Dutch Youth Wind Band in an All Forte concert at the Royal Conservatory of Music in The Hague,, Banda Simfonica of Brazil, the Wind Ensemble of the Queensland Conservatorium in South Bank, Queensland, Australia, Dunshan Symphonic Wind Orchestra of China, , Zhaoqing University School of Music Wind Ensemble, and numerous university bands including University of Georgia, Arizona State University, University of Rhode Island, University of Puget Sound, Kansas State University, The College of Saint Rose, South Jersey Area Wind Ensemble, as well as many All – State bands and municipal bands such as the Piedmont Wind Symphony, University of South Carolina Symphony Band, University of North Texas Symphony Band, Sacramento Symphonic Winds, Arhus Post Orchester of Denmark, the Tacoma Concert Band, the Banda Municipal de Bilbao, Spain and the Banda de Nuestra Señora del Carmen in Seville, Spain. His music has also been played at prestigious concert band festivals including at the Mid Europe Festival in Schladming, Austria.

Conductors who have interpreted Forte’s music include Jack Stamp, Stephen Melillo, Col Timothy W. Foley, Cynthia Johnston – Turner, Charles Olivieri-Munroe, Dwight Satterwhite, Robert Hansbrough, Alex Schillings, Rick Good, among many others. Recently his works are being championed by prominent Spanish conductors like Jose Rafael Pascual – Vilaplana who has performed four of Forte’s works and Guillermo Martínez Arana who in 2016 gave a stirring performance of Forte’s “DALÍ” in Seville, Spain. Forte has many published works appearing in the catalogs of 9 publishers which include Kjos, TRN, C. Alan Publications, Ludwig Masters,, Tuba-Euphonium Press and Studio Music Co. of the UK. His own Aldo Forte Music Press also publishes some of his works. Recently his music was heard at the 2015 International Band Festival (CIMB) in Valencia, Spain. In 2016, the Seoul Solus Brass Quintet with the Jeju Philharmonic (South Korea) as well as the Best of Brass and the North Queensland Philharmonic (Australia) gave performances of Forte’s Brass Quintet Concerto “Piezas Latino – Ibericas”. Renowned professional tuba players such as Deanna Swoboda and Sam Pilafian have performed his “Dance Rhapsody for Tuba and Band”, a work published by Aldo Forte Music Press.

Forte has given numerous composition master classes including at the London College of Music and Media (UK), Royal Military School of Music (Kneller Hall, UK), Royal Conservatory of Music in The Hague, The Netherlands, and at many universities. He also frequently appears as a guest composer/conductor and has conducted the National Dutch Youth Wind Band in an All Forte concert at the Royal Conservatory of Music in The Hague, The Netherlands, Mississippi State University Band Clinic Honor Band, Troy University Symphony Band (SEUS Band Clinic), Georgia MEA District One Honor Band, the Tacoma Concert Band, and in 2017 he will be a Special guest Composer at Auburn University’s Annual Honor Band Festival. Forte has twice been awarded First Place in the National Federation of Music Clubs American Music in the U.S Armed Forces Composition Competition. He has been awarded Composition Fellowships from the Cintas Foundation and the Alabama Arts Council. In addition, he is listed in “The Heritage Encyclopedia of Band Music”.

Forte is a member of ASCAP, WASBE (World Association of Symphonic Bands and Ensembles), and NBA (National Band Masters Association).

The Riddle of the Sphinx by Aldo Rafael Forte