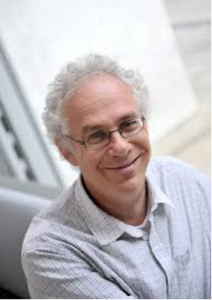 Yiddish Dances by British composer Adam Gorb is our Composition of the Week.

Yiddish Dances has proved to be one of the most popular works written for winds in the last three decades. Originally for Wind Orchestra this version for Chamber Ensemble allows for a socially distanced small ensemble much more akin to the size of a traditional klezmer band.

“Yiddish Dances was originally commissioned by Timothy Reynish to celebrate his 60th birthday, and he conducted the first performance with the Royal Northern College of Music Wind Ensemble in March 1998. Since then, the work has found a place in the wind ensemble repertoire with regular performances worldwide and a great number of recordings.

During 2020 the Covid -19 pandemic severely affected the ability and practicality of large music ensembles to rehearse and perform. With this thought in mind, I decided to make a ‘chamber’ version of Yiddish Dances for 14 players as a way of bringing conductors and players together in these very difficult times. I hope I have managed to recapture the colour and party spirit of the work whilst perhaps creating something a little more intimate.”  (Adam Gorb, December 2020)

As the original setting for Wind Orchestra, the Chamber Ensemble version has a duration of around 15 minutes.

It is available at Maecenas Music.

Adam Gorb studied Music at Cambridge University and Composition at the Royal Academy of Music in London, where he graduated with the highest honors including the Principal’s Prize, in 1993. His compositions include orchestral, ensemble, chamber, solo and choral works, and have been performed, broadcast and recorded worldwide. In the UK his compositions have had performances at contemporary music festivals in Huddersfield, Cheltenham, Hampstead and Highgate, Spitalfields and Canterbury, and he has had concerts entirely devoted to his music in the UK, the USA and Canada. He has been featured composer at Luton and Bromsgrove music clubs. His concert band composition Metropolis has won several prizes, including the Walter Beeler Memorial Prize in the USA in 1994. Three other Wind Ensemble works: Towards Nirvana, Adrenaline City and Farewell have won British Composer awards. His works have been performed by the BBC Philharmonic Orchestra, the Liverpool Philharmonic Orchestra, the Maggini Quartet, the BBC Singers, the Tokyo Kosei Wind Ensemble, the Royal Marines and the Liverpool 10/10 ensemble.

You can view the Full Score here: