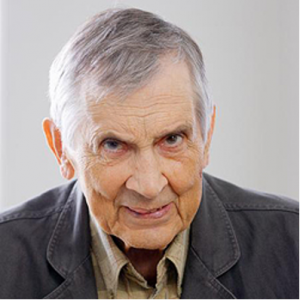 Finnish composer Einojuhani Rautavaara’s Wind Octet is our Composition of the Week.

Written in 1962, some years before Soldier’s Mass, one of his well-known works for winds, the octet has a rather unusual instrumentation, calling for four woodwinds as well as four brass instruments, which means flute, oboe, clarinet and bassoon plus two horns, one trumpet and one trombone (1111/2110).

Faithful to his compositional style, Rautavaara likes first to choose the instrumentation of a piece, where the music can only then “grow organically” as a concept.

“I have often compared composing to gardening. In both processes, one observes and controls organic growth rather than constructing or assembling existing components and elements. I would also like to think that my compositions are rather like ‘English gardens’, freely growing and organic, as opposed to those that are pruned to geometric precision and severity.” Rautavaara’s program notes on his orchestral piece Autumn Gardens.

Rautavaara is among the most notable Finnish composers. He wrote a great number of works spanning various styles. Including symphonies, operas, concerti, as well as vocal and chamber works. He embraced very early in his life the serialism, becoming later, as time went by more mystical. His later music may be described as neo-romantic.

After studies at the University of Helsinki, Rautavaara came to international attention when he won the Thor Johnson Contest with his composition A Requiem in Our Time (1958), which is a Symphonic Brass piece. Following a recommendation of Jean Sibelius to the Julliard School of Music, Rautavaara studied with Vincent Persichetti, as well as with Roger Sessions and Aaron Copland. He returned then to Helsinki and graduated from the Sibelius Academy in 1957.

Other significant works for winds besides the above-mentioned Soldier’s Mass and A Requiem in Our Time are, Annunciations (1977), for Organ, Brass Quintet and Wind Ensemble, as well as  Playgrounds for Angels (1981), for Symphonic Brass and Percussion.