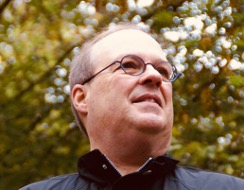 “Time for Outrage!” by Luxembourg composer Marco Pütz is our Composition of the Week.

The work was written in 2014, after a commission of the Luxembourg “Friends of Military Music”. The title is the free translation of the book titled “Indignez-Vous” by French Human Rights advocate and former diplomat Stéphane Hessel. The piece draws inspiration from this excerpt from the book: “If you want to be a real human being you cannot tolerate things which put you to indignation, to outrage. You must stand up. I always say to people: Look around, look at what makes you unhappy, what makes you furious, and then engage yourself in some action.” Time for Outrage! is an expression of the composer’s injustices of the world – of whatever kind.

“Time for Outrage!” is to be seen as an expression of my personal aversion against all the current crises and injustice of any kind in the world. I am aware that I cannot alleviate or even eradicate these crises with my music, but as a free citizen I believe I have the right to express my indignation through music. As in Meltdown (1992, a protest against the nuclear power), in Time for Outrage! I try to cover up my weakness in the hopeless struggle with a pinch of sarcasm.” Program notes by the composer.

The work is cast in three movements, 1 – Breaking the Silence, 2 – Troubled,  3 – Rock the Culprits. It was premiered at the Luxembourg Philharmonic Concert Hall on March 26, 2015, by the Luxembourg Military Band under Jean-Claude Braun. It has a duration of 16’ minutes and calls for a standard concert band instrumentation. The music is available at Bronsheim Music.

Marco Pütz has been a longtime member of WASBE. He was born in Luxembourg on March 16, 1958. Since 1987 he has composed more than 75 works, primarily for wind instruments and for symphonic wind band, but also one musical for children, a string quartet, several compositions for chamber/symphony orchestra and a number of educational pieces.

You can view the score here:
http://www.marcopuetz.lu/wp-content/uploads/2014/12/SCORE.pdf