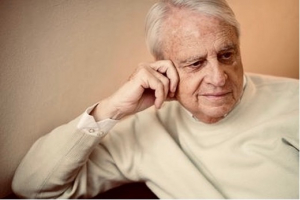 Spanish composer and conductor Cristóbal Halffter passed on May 23, 2021, at 91 years of age, and was regarded as the most important Spanish composer of the generation designated as “generación del 51”.
He was born in Madrid and was the nephew of two other very well-known composers, Rodolfo and Ernesto Halffter.
Very young, he moved with his family to Germany, to escape the Spanish Civil War. Returning some years later, he studied with Conrado del Campo at the Conservatorio Real de Madrid and graduated in 1951. Further studies took him to Paris, where he continued his education with Alexandre Tansman and André Jolivet.
He forged a successful career as a composer and conductor, writing music that combined traditional material from his home country with avant-garde techniques. His neoclassical Piano Concerto (1953) won the National Music Prize in 1954.
In 1961 he became Professor of Composition at the Royal Conservatory of Madrid, where he became Director in 1964 but remained only until 1966.
He was awarded Spain’s highest award for composition, the “Premio Nacional de Música”, in 1989.

Originally written for large symphony orchestra, Tiento del primer tono y batalla imperial refers directly to two precisely written works from the repertoire of early Spanish organ music: one of the many tiento compositions written by Antonio de Cabezón (circa 1510-1566) and the Batalla Imperial by the Valencian cathedral organist Juan Bautista Cabanillos (1644-1712), who employed the characteristic “Spanish Trumpets” (projecting horizontally from the front of the organ).

The work was commissioned by the Basel Symphony Orchestra and dedicated to Paul Sacher, a famous conductor and supporter of the Arts in Switzerland.

Halffter does not at all restrict himself to quotation and orchestration for large symphonic forces; his personal language dominates in virtuosic interpolations and parallel layers. The strings play all the letters of the dedicatee’s name which can be musically set, whereas in the turbulent Batalla Imperial the Basel Drums (positioned in a circle around the orchestra) play their dominant fortissimo rhythm.
The première took place at Basel, on September 2, 1986, under Cristóbal Halffter himself.

The version for winds was done by WASBE Board Member Franco Hänle in 2004 and premiered in Germany on May 3, 2009.
The music is available on rental at Universal Edition.
For further details on the score please view the link below.

Other works for winds by Cristóbal Halffter include: