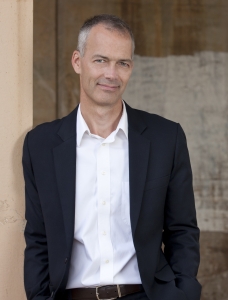 THE STORYTELLER in Memoriam Adolph “Bud” Herseth
for Trumpet, Violin and Wind Ensemble

The Storyteller, by American composer James Stephenson is our Composition of the Week.

Originally written for violin, trumpet and piano in 2013, The Storyteller was orchestrated for chamber winds in 2017, with the support from the H. Robert Reynolds Commissioning Fund, to celebrate the University of Michigan’s bicentennial (1817 – 2017). This version was premiered on September 28, 2017.

The Storyteller has a duration of around 9 minutes, and it is scored for:

James Stephenson (1969) came late to his full-time composing career, having performed 17 seasons as a trumpeter in the Naples Philharmonic in Florida, a position he won immediately upon graduating from the New England Conservatory of Music.

His works have been performed by leading American orchestras and hailed by critics as having “straightforward, unabashedly beautiful sounds”. His music incorporates a fresh and energizing soundscape that delights the audience while maintaining integrity and worthwhile challenges for the performing musicians. This rare combination has rewarded Stephenson with a host of ongoing commissions and projects.

Stephenson is also active in the concert band world, with premieres occurring at major venues. Also active as a highly sought-after arranger, Stephenson’s arrangements have been performed/recorded/broadcast by virtually every major orchestra in the country, including the Boston Pops, Cincinnati Pops, New York Pops and more.

You can see The Storyteller’s Score here: