SUITE No. 2 for Band by Victoriano Valencia Rincón (Colombia, 1970) 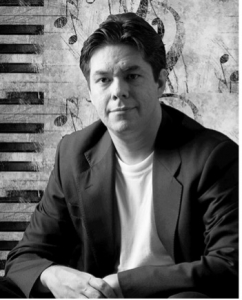 Suite No. 2 for Band, by Colombian composer Victoriano Valencia Rincón is our Composition of the Week.
Suite No. 2 was commissioned in 2007 by the Symphonic Band of Sabaneta – Antioquia, for its participation in the International Band Competition City of Valencia – Spain. It was part of the Latin American-Music-Project collection of the former Ludwig Masters publishing house in the USA.

“The cultural richness shown in the diversity of singing in the different regions of Colombia, becomes an impulse and expressive intention in Suite No. 2 for Band. Just as the Andes submerge in the Caribbean, transforming its summits into the joyful party of the tropics, the Colombian-Venezuelan plains jump over the mountain chain and dialogue with the Afro-American Pacific.” (Victoriano Valencia Rincón)

The four movements of Suite No.2 reflect the sounds, rhythms and rich cultural heritage of the northern and eastern regions of Colombia.
In movement 1 (EdN: Cantadoras) we encounter a funeral procession, with music designed to comfort the family of the deceased through chant-like song and drumbeats recalling their African ancestors.  Movement 2 (Bambuco) is a folk music form that is popular in Colombian national dance, traceable back to the colonial period, associated with festivals celebrating Colombian heritage. Movement 3 (Cumbiamba) is a musical style that originated in Colombia’s Caribbean region during the period of Spanish colonization.  The title “Pregón in movement 4 is a Spanish word meaning announcement or proclamation.  This fusion of styles bearing roots from Spain, Africa and South America is emblematic of music and life in Colombia. (Program notes extracted from the recording by CCM Wind Orchestra, Glenn Price, conductor)

It is scored for standard wind band setting and has a duration of 18 minutes.

Victoriano Valencia is a prolific Colombian composer of music for both symphonic band and traditional folk ensembles.
Mr. Valencia has a bachelor’s degree in music education from the National Pedagogical University of Colombia and a master’s degree in composition from EAFIT University in Colombia.
Valencia has worked as a cultural advisor for Colombia’s Ministry of Culture and several universities in Colombia, including Universidad de Córdoba, Universidad del Norte, Universidad de Caldas, the University of Antioquia, the University of Caldas and District University of Bogotá. He regularly serves as a judge for national band competitions, as well as other music competitions throughout Colombia. Valencia is an advocate for maintaining the traditions of prior generations. Part of this advocacy is achieved through his directorship of Bands Magazine, a quarterly publication specializing in the Colombian wind band movement. Other areas of work for which he is known include recording production and the development of music teaching materials.

He is currently a full-time composition faculty member at the Universidad Pontificia Javeriana in Bogotá and teaches at the Colombian National Pedagogical University. His compositions and arrangements for wind ensembles are based on Colombian and Latin American folk rhythms.

Mr. Valencia is one of the most influential composers of band music in Colombia. His compositions and arrangements for symphonic band have received awards at national competitions and are being published and performed throughout Europe and North America. He has written works that have become part of the core repertoire of the Colombian band tradition. Pieces like his Third Suite for Band, also known as 200 (celebrating the 200th independence of Colombia) have been widely accepted and performed in all parts of the world.

Other Works for bands include