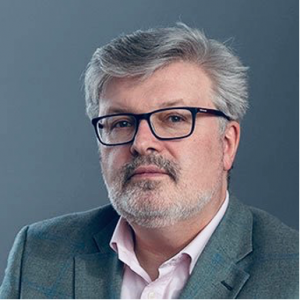 Sowetan Spring by Scottish composer and conductor Sir James Macmillan is our Composition of the Week.

Sowetan Spring was written to commemorate the release from prison of Nelson Mandela in February 1990 and uses fragments of the South African people’s national anthem Nkosi Sikelel’ l Afrika.

Sowetan Spring was a special BASBWE (British Association of Symphonic Bands and Wind Ensembles) commission, to mark Glasgow’s designation as Cultural Capital of Europe in 1990, with funds provided by BASBWE Scotland.

Finished in 1991 and published by Boosey and Hawkes in the same year, it has a duration of 12 minutes and it is scored for standard Wind Ensemble.

“I have for many years been fascinated by the music of the Dutch composer Louis Andriessen and especially by his handling of antiphonal hocketing effects. So much so that I have been tempted into writing a hocket of my own on a number of occasions. A hocket opens this work, Sowetan Spring, but the antiphonal separation is not a spatial one (as opposed to the “hocket” in ancient music) but based on timbral differences. Another difference is that this hocket is not the basis of a static minimalist process but develops through interaction with other materials into a more dramatic scenario.” (Program Note by James Macmillan)

James Macmillan was born at Kilwinning, Ayrshire. He studied composition at the University of Edinburgh with Rita McAllister and Kenneth Leighton, and at Durham University with John Casken. He was composer and conductor with the BBC Philharmonic from 2000 to 2009. He was appointed a Commander of the Order of the British Empire (CBE) in 2004 and a Knight Bachelor in 2015. He is the pre-eminent Scottish composer of his generation.