LOVE AND LIGHT for Wind Ensemble by Brian Balmages (USA, 1975) 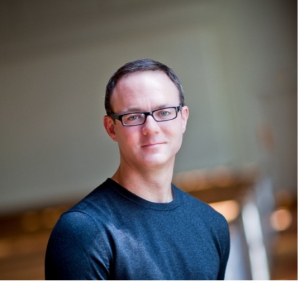 LOVE AND LIGHT
For Wind Ensemble

Love and Light by American composer Brian Balmages is our Composition of the Week.
Love and Light received the NBA Revelli Composition Contest Award in 2020.
It was commissioned by a consortium led by “Pershing’s Own” in memory of Madison Hope Elliott, the daughter of conductor 1st Lt. Elizabeth Elliott, and it was premiered on February 22, 2020.
Love and Light has a duration of about 13 minutes, and it is scored for wind ensemble, including Contrabass Clarinet, String Bass, Piano and 5 percussion players.

And finally, the last and most difficult question. “What does it sound like when a child first sees the face of God?” I spent countless hours thinking about this, praying about it, and searching for the sounds that seemed to make sense of it all. The answer I came up with makes sense to me, and hopefully it will make sense to the listener as well. While there are massive moments, I realized it all began with a very intimate, personal and quiet encounter.

There are several musical elements used throughout the piece. Some will recognize the subtle use of “alleluia, alleluia” from All Creatures of Our God and King throughout the work — used in hopeful, mournful, and angry settings. In addition, Elizabeth shared with me that she used to play Ben Folds’ The Luckiest on the piano to her daughter every day during her pregnancy. Before the funeral, Elizabeth actually reached out to Ben Folds knowing it was impossible that he would be able to attend the funeral. However, he wound up sending her a framed picture of the sheet music to The Luckiest on his own piano along with an inscription:

To Maddie — your mother used to play this song to you because you made her feel like the luckiest mom. Every time she plays it now, it will be in memory of you, her little angel in heaven.

I decided that I wanted to write a lullaby that would be a unifying element throughout the piece. This original lullaby is loosely based on the chord progressions in Ben’s piece, and is present throughout the work, including a comforting, triumphant and powerful setting toward the end of the piece.

Finally, the entire piece is based on a three-note motif, presented at the very beginning of the work. While the three notes are used and developed throughout the piece, it is not until the last section that it becomes apparent that these notes are the first three notes of Salvation is Created, a popular and powerful choral work by Pavel Tchesnokov. This, combined with elements of the earlier lullaby and fragments of All Creatures of Our God and King, forms the basis of the last section of the piece. It is incredibly powerful, both in its fullness and its quiet vulnerability. And, as best as I can describe it, seeks to answer that difficult question — “What does it sound like when someone first sees the face of God?” (Brian Balmages)

Brian Balmages is an award-winning composer and conductor. His music has been performed throughout the world with commissions ranging from elementary schools to professional orchestras. World premieres include prestigious venues such as Carnegie Hall, the Kennedy Center, and Meyerhoff Symphony Hall. His music was also performed as part of the 2013 Presidential Inaugural Prayer Service, which was attended by both President Obama and Vice President Biden. He is a recipient of the A. Austin Harding Award from the American School Band Directors Association, won the 2020 NBA William D. Revelli Composition Contest with his work Love and Light, and was awarded the inaugural James Madison University Distinguished Alumni Award from the School of Visual and Performing Arts.