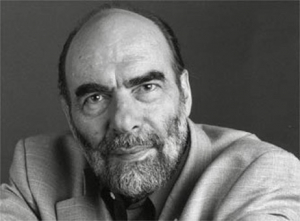 “Le premier jour” by Swiss composer Jean Balissat is our Composition of the Week.

Le premier jour refers to the biblical text of genesis, describing the first day of creation.
“Then God said, ‘Let there be light’; and there was light. And God saw the light, that it was good; and God divided the light from the darkness. God called the light Day, and the darkness He called Night. So the evening and the morning were the first day” (Genesis 1:3-5).

Balissat’s tone poem is written in a single movement, using the genesis text as his structuring device, expressing the call that rises from the depths of the abyss towards the light, as also referred in Psalm 130 “De Profundis”.
“Le premier jour” can be considered as a descriptive symphonic movement as well as song of hope. It was written in 1993 and has a duration of 12 minutes. “Le premier jour” uses a standard wind band setting, with only one oboe and bassoon part, which makes it very suitable for an ambitious school band, despite its challenging orchestration, complex texture and aleatoric sections.  “Le premier jour” is published by Editions Marc Reift.

Jean Balissat was born in Lausanne, Switzerland, in 1936. He studied composition and conducting at the Geneva Conservatory of Music, as well as horn and percussion. He was a renowned conductor and teacher in his country. Jean Balissat served as president of the Swiss Musician’s Association from 1986 until 1990. Since 1991 he has headed the SUISA music foundation. He was strongly engaged with the wind band, contributing to its literature with such works as “Les Gurks”, “Incantation and Sacrifice” or “Gli elementi”.
Jean Balissat taught composition and orchestration at both the conservatories of Geneva and Lausanne. He died in September 2007 in Corcelles-le-Jorat, Switzerland.