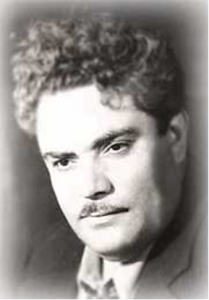 Continuing with our series of chamber works for mixed ensemble, we would like to feature Homenaje a Federico García Lorca by celebrated Mexican composer Silvestre Revueltas as our Composition of the Week.

Revueltas was an admirer, and along with many other intellectuals and artists of the time, he was outraged by the news.

Homenaje is considered one of the most important works by Revueltas. He started the composition in 1935, and finished it, while in Spain during the Civil War after García Lorca’s death.

Homenaje was premiered exactly 84 years ago, on November 14, 1936, conducted by the composer. The work is scored for a chamber ensemble, including piccolo, E-flat Clarinet, two trumpets, trombone, tuba, two violins, contrabass, piano and three percussionists.

This uncommon instrumentation produces a brilliant sound, intended to evoke a Mexican village band. Homanaje has a duration of 12 minutes and it is written in three movements:

Revueltas wrote symphonic music, film music, chamber music and songs as well as a number of other works. One of his best-known works is the orchestral work called Sensemayá, along with La Noche de los Mayas.

These two works, as well as Ventanas, Janitzio and Caminos, have been transcribed for Wind Ensemble. The colorfulness and rhythmical aspects of Revueltas’ music make it very idiomatic for winds.