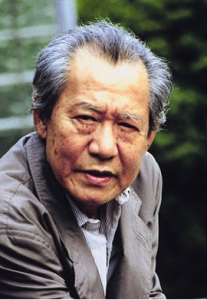 HARMONIA
for 16 Winds, Harp and Percussion

Harmonia by South Korean composer Isang Yun is our Composition of the Week.
Harmonia was written in 1974, almost twenty years prior to his Wind Octet with Double Bass, signed in 1991.
Harmonia has a duration of about 12 minutes and it was premiered on January 22, 1975, by the Herford Siegerland-Orchester and dedicated to its conductor and Yun’s friend Rolf Agop.

The title is based on the ancient sense of the word harmony, as an ordered arrangement or agreement, whereby the differences or opposites of the parts of a whole are brought into harmony by a superordinate regularity. In ancient music, theory harmony means concretely the correct pitch in a fixed-pitch order and symbolically the correspondence with the universe to which the relations through the mathematical musical (number) orders of the so-called, “harmony of the spheres”.
With the title, Yun also alludes to the tradition of “Harmoniemusik” and its many wind serenades. The exact instrumentation of Yun’s work is:

Isang Yun was born in Sancheong (today part of independent South Korea) in 1917. He began to study the violin at a very young age, he would, later on, choose the cello as his main instrument.
He pursued his studies at Osaka College of Music and later on at the Paris Conservatory (1956 – 57) as well as in Berlin from 1957 until 1959.
Meanwhile, he attended the International Summer courses of Contemporary Music in Darmstadt and began his career in Europe.
Yun’s primary musical concern was the fusion of traditional Korean music through Western avant-garde musical techniques.
He has written opera, vocal and choral music, orchestral music as well as a great number of chamber works.