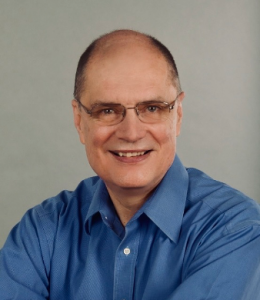 Guignol, Concerto for Bassoon and Small Wind Orchestra by American composer Stephen Michael Gryc is our Composition of the Week.

Guignol, completed in 2016, was commissioned and premiered by conductor J. Thomas Seddon IV and the University of Wisconsin – La Crosse. The premiere took place on April 23, 2017, with Richard Hoenich as soloist.

Guignol (which in French means marionette or puppet) has a duration of about 13 minutes and has the following instrumentation:

Mr. Gryc tells us more about his work: “The character of Guignol was created at the beginning of the nineteenth century by a dentist in Lyon, France, who attracted customers to his chair by presenting puppet shows. The verbally adept puppet characters were based on those of the Italian commedia dell’arte, and the stories were relevant to the social concerns of the day, so the shows attracted adults as well as children. The scenarios inevitably ended with the clever and courageous Guignol defeating evildoers.

The satirical music of the concerto epitomizes the witty banter and frenetic action of a puppet show, with the soloist playing the part of the comic hero. The titles of the three movements provide a general description of the mood and character of the music though not a specific plot or program.”

Mr. Gryc is Professor Emeritus at the University of Hartford’s Hartt School where he has served on the faculty since 1980. He received his professional training at the University of Michigan where he earned four degrees in music including the degree of Doctor of Musical Arts. His composition teachers included William Albright, Leslie Bassett and William Bolcom.