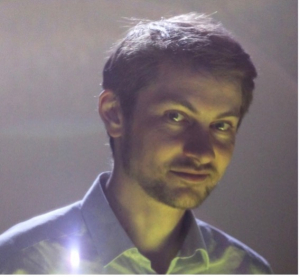 Cycles, by French composer Etienne Haan is our Composition of the Week.
Cycles was written between 2016 and 2017 and premiered on January 28, 2017, at Cité de la Musique et de la Danse de Strasbourg, by the Strasbourg Conservatory of Music Wind Ensemble. It is scored for standard wind band setting and has a duration of around 7 minutes.
The score of Cycles bares the quotation by French statesman Raymond Poincaré : “Peace is an ongoing creation,” serving as the starting point of the whole composition.

“Cycles was originally composed for the “Coups de Vents” Composition Contest, where the topic was “Peace”. Therefore, I have found different elements that could refer to that topic with some extra-musical content. The snare drum, being one of them, leading a march to chaos, while the next section, alluding to pop music and by extension to democracy, is leading to the construction of a climax. As the title indicates, the end of the piece shows the same material as the beginning, with an unexpected crescendo acting as a question mark: will the story repeat itself?
In Cycles, I try to balance the aesthetic of the piece using both traditional conventions of the wind band literature and some contemporary music elements unlikely to be found in it. My goal with this strategy is to offer community band players something slightly different from what they are used to play, without scaring them with a music that could sound too complex and foreign to them.” (Program Notes by Composer)

Etienne Haan has completed his composition studies at the Strasbourg Conservatory of Music, his hometown, where he studied with Annette Schlünz, Thierry Blondeau, Philippe Manoury, Tom Mays and Daniel d’Adamo. After successfully completing his Bachelor exam in Strasbourg, Etienne Haan attended to the Hanns Eisler Hochschule für Musik in Berlin, where he studied then with Hanspeter Kyburz. He was composer in residence of the “Académie de France” in Madrid, “la Casa de Velázquez” for the year 2019/20.
His works were performed by professional ensembles such as Hanatsu Miroir (Strasbourg – FR), Zafraan (Berlin – DE), the trio Brouwer (SP), or the Orchestre Philharmonique de Strasbourg.
The composer’s skills include instrumental and electronic composition, collaboration with other artists (recently with the choreographer Alica Minar and the painter Keke Vilabelda) and conducting. His aesthetic research is based on perception, using causal effects and other tools to draw the public’s expectations and play with it. The wish of the composer is to create a music anyone can relate to, without any musical education but curiosity.

Other works for winds by Etienne Haan include: