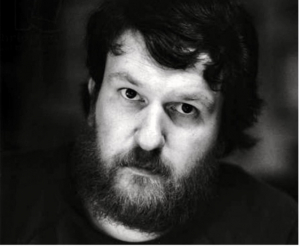 Choral by British composer and conductor Oliver Knussen is our Composition of the Week.

Choral was written between 1970 and 1972, and premiered, in its final version, on March 30, 1975, at the Carnegie Hall, New York, by the American Symphony Orchestra under Michael Tilson Thomas.
It has a duration of 10 minutes and requires the following instrumentation:

The audio version presented here is conducted by the composer himself, on a recording released in 2012. Regarding the genesis of the work:
“Choral began as a sort of ‘Ivesian’ vision in which I saw several funeral processions converging onto a point in the distance. It was composed mostly during February 1970 near London; the final section was completed – after a long gap – while I was living in Boston in spring 1972. The title refers both to the employment of the large wind orchestra in discrete choirs (which shift as the piece progresses), and also to the chorale which, in a strange way, characterizes the statuesque nature of the music – which is, in essence, the decoration of a single, immensely slow sequence of four chords. In the first three sections, a single chord is slowly transformed into the next, by rhythmic decoration or by long melodic strands growing out of their intervals. The third section (built out of Scriabin’s Mystery Chord) builds to a violent climax, culminating in a simultaneous statement of all four chords in one massive dissonance. Out of this emerges the short fourth section: a flute melody begins, harmonized by, and immediately swallowed up in a chorale-like sequence of the four basic chords. On another level the work gradually accelerates from an extremely slow pace, at which almost nothing happens, to a more normal state of progression towards the end. For a long time Choral stood isolated, with little or no connection to the music I wrote immediately before or after it; but its sound spontaneously resurfaced near the end of my Third Symphony (completed in 1979), and traces can be felt through several of the orchestral interludes in my fantasy opera Where the Wild Things Are (1979-83) and Higglety Pigglety Pop! (1983-85).”
(Program Notes by Oliver Knussen)

Oliver Knussen studied composition with John Lambert in London and Gunther Schuller at Tanglewood. He was just fifteen when he wrote his First Symphony (later conducting its premiere with the London Symphony Orchestra) whilst his Third Symphony (1973-9), dedicated to Michael Tilson Thomas, is now widely regarded as a twentieth-century classic. A number of dazzling ensemble works, including Ophelia Dances (a Koussevitzky centennial commission, 1975) and Coursing (1979), cemented Knussen’s position at the forefront of contemporary British music.

Knussen’s ebullient concert opener Flourish with Fireworks (1988) quickly entered standard orchestral repertoire, as did his concertos for horn and violin. The latter, written in 2002 for Pinchas Zukerman and the Pittsburgh Symphony, has received close to 100 performances worldwide under conductors including Barenboim, Dudamel, Eschenbach, and Salonen.

As one of the foremost composer-conductors in the world, Knussen was renowned for his unfailing advocacy across a wide range of contemporary music.  He recorded prolifically and presided over numerous premieres, including important works by Carter, Henze, and Anderson. Recipient of the Royal Philharmonic Society’s Conductor Award in 2009, he was Artist in Association with the BBC Symphony Orchestra (2009-2014), Music Director of the London Sinfonietta (1998-2002), Head of Contemporary Music at the Tanglewood Music Center (1986-93) and Artist in Association with the Birmingham Contemporary Music Group. He was Artistic Director of the Aldeburgh Festival from 1983 to 1998, and in 1992 established the Britten-Pears Programme’s Contemporary Composition and Performance Courses in collaboration with Colin Matthews.

In 2014 he became the inaugural Richard Rodney Bennett Professor of Music at the Royal Academy of Music, London. Other accolades included the Ivor Novello Award for Classical Music, the ISM Distinguished Musician Award, and the 2015 Queen’s Medal for Music.