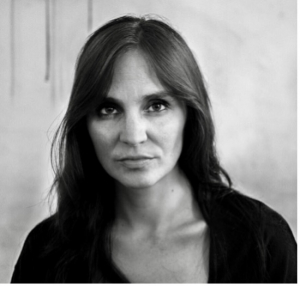 “ANAMNESE” by Portuguese composer, teacher and violinist Anne Victorino d’Almeida is our Composition of the Week.
Anamnese is Victorino d’Almeida’s opus 63. It was written in 2019 and premiered in August of the same year, at the Gravissimo (Low Brass) Festival, in Alcobaça, Portugal, under its director and trombonist Hugo Assunção. Guest stars Hélène Escriva (Euphonium, France) and Gene Pokorny (Tuba, USA) took part in this premiere performance.
Anamnese is scored for 5 trombones (1 alto, 2 tenors, 2 bass), euphonium, tuba, and piano.
The work has a performance time of 8 minutes.

“Anamnese is inspired by confused, blurred memories that come and go. A very close relative of mine suffers from a neurological disease that sometimes affects her memory and this piece mirrors what I feel when I try to follow her thoughts.” (Program Notes by composer)

Anne Victorino D’Almeida teaches currently at the National Conservatory where she held the position of assistant director from 2017 to 2019.
Born in 1978 in France, she is the youngest daughter of composer António Victorino d’Almeida and Sybil Harlé.
In 1986 she began violin lessons at the Fundação Musical dos Amigos das Crianças with Inês Barata, with whom she studied for eleven years, completing in that same school the 8th degree under the guidance of Leonor Prado. She graduated in 2003 from the National Superior Academy of Orchestra in the class of Agnès Sarosi. After graduating, she has worked with António Anjos. Throughout her musical career, she had the opportunity to attend several courses and improvement classes with renowned violinists and pedagogues such as James Dahlgreen, Gerardo Ribeiro, Galina Turtchaninova, Gilles Apap and Maxim Vengerov. In 2004, she attended and completed the first year of orchestra conducting at the Superior Academy of Orchestra. She plays regularly with several national orchestras, including the Orquestra Sinfónica Portuguesa, Orquestra Gulbenkian and Orquestra Sinfonietta de Lisboa, among others. As a composer, she began her career by winning the prize for best musical proposal in the “Teatro na Década 97” contest. She also composed the music for several plays staged at the Instituto Português da Juventude, Teatro da Comuna and Teatro da Trindade. In 2006 she composed the soundtrack of the documentary “Cartas a uma Ditadura” directed by Inês de Medeiros, screened in several cinemas in Portugal and abroad, as well as the soundtrack of the short film “Stroke” by Sofia de Botton. In 2014 she wrote the soundtrack and screenplay for the short film “A Carruagem”, directed by João Vasco, awarded an honorable mention in the Inatel Video Competition and winner in 2015 of the Grand Prix Cinérail in Paris. Several of her works are annually test pieces in various competitions. She was resident composer of the Gravíssimo! Festival, 2017, 2018 and 2019 edition, and resident composer of the Cascais and Oeiras Chamber Orchestra in 2018. As a founding member of Quarteto Lopes-Graça from 2005 to 2014, she performed with great frequency in the largest Portuguese venues and abroad, highlighting Andorra in 2008 and Brazil in 2013 at Oficina da Música in Curitiba, in Sorocaba and Brasília. With this quartet, she recorded in 2008 the CD Portuguese Music for Quartet with works by António Victorino d’Almeida and Fernando Lopes-Graça, receiving with this disc the SPA Authors Award. She is a founding member of Quarteto Camões and the trio Rumos Ensemble, created in 2015, having performed in Brazil, Germany, Namibia, South Africa, the United States, Cuba, France, Switzerland, Tunisia, Cape Verde, Denmark, Greece, Bulgaria, Spain and China. She has taught masterclasses in Portugal and abroad, highlighting the Portuguese School in Maputo (Mozambique) in 2011 and 2012, the Music Workshop of Curitiba (Brazil) in 2013 and Cidade de Praia (Cape Verde) in 2017. She released in 2019 the double CD “A Sombra dos Sentidos” with chamber works of his own with AvA Musical Editions label, supported by SPA and GDA, being awarded in 2019 the Harvey Philips Award in Iowa (USA) with the work “Contos&Improvisos”.

Other works for winds by Anne Victorino d’Almeida include: