One of Japan’s preeminent conductors, Yoshihiro Kimura has earned worldwide respect for both his remarkable interpretive skills and his outstanding transcriptions for wind orchestra. His many recording credits are regarded as definitive reference sources, and he has a long association with his country’s professional band scene.

A product of the Osaka College of Music, Kimura studied clarinet with Shinjiro Nakao, Yukio Ohashi and Rudolf Jettel, and trained for conducting with Takashi Asahina. After joining the Osaka Municipal Symphonic Band in 1962, he served as Concert Master, Associate Conductor, and in 1985, permanent Conductor of one of the few professional wind ensembles in Japan. During his tenure with Osaka, Mr. Kimura recorded many collections of original band works, with compelling studies of Hiroshi Hoshina, Yasuhide Ito, Bin Kaneda, Tetsunosuke Kushida and others, as well as the symphonies of James Barnes, Robert Jager and Alfred Reed, to name a few. Recently, Kimura has also been associated with the superb new Hiroshima Wind Orchestra, with which he recorded suites by Malcolm Arnold and William Walton, transcribed by the conductor. He continues as Honor Conductor of the Osaka Band.Mr. Kimura’s transcriptions are noted for their unrestricted voice groupings and more effective adaptation to wind instrument sonorities. His techniques, heard in both formal concert and festival venues, have enhanced the role of the wind orchestra as a dignified and dramatic medium attractive to many audiences. He is published by Brain/Bravo Music, Broad Publications, Buffet Crampon and de Haske. 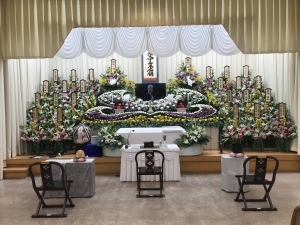