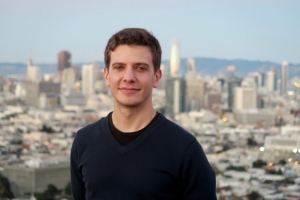 Vigil by American composer Michael Gilbertson is our Composition of the Week.

Vigil was originally written for symphony orchestra in 2007. It was inspired by the vespers services of the Russian church. The work was the recipient of the 2007 Palmer-Dixon Prize as well as the ASCAP Morton Gould Award.
In 2010 Gilbertson was commissioned by a consortium led by the Ohio State University to write the Wind Ensemble version. Both versions have a duration of 10 minutes. The setting for winds calls for a large ensemble including piano.

Michael Gilbertson is a composer, conductor and pianist. He was one of the three finalists for the 2018 Pulitzer Prize in music.
He holds degrees from The Juilliard School and from Yale University. His works have been programmed by leading American orchestras and ensembles.
Gilbertson’s music has earned five Morton Gould Awards from ASCAP, a Charles Ives Scholarship from the American Academy of Arts and Letters, and a BMI Student Composer Award. He is currently a professor at the San Francisco Conservatory of Music.

Other work for wind ensemble by Michael Gilbertson is “Usonian Dwellings” written in 2019 for the United States Marine Band.