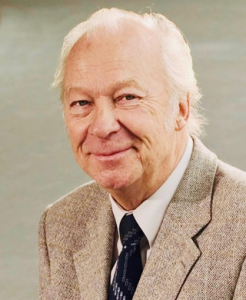 “The Palace Rhapsody, Op.72” by finish composer Aulis Sallinen is our Composition of the Week.

The music from the rhapsody derives from Palatsi (The Palace), which is Sallinen’s fifth opera, composed in the early 1990s, with libretto by Irene Dische and Hans Magnus Enzensberger, with Sallinen himself providing the Finnish version of the text.

The Palace was commissioned by the Savonlinna Opera Festival and was first performed on July 26, 1995. The opera main subject is a satire on the collapse of a corrupt regime.

A couple of years later came Palatsirapsodia (The Palace Rhapsody), based on themes from the opera. It was commissioned by the Royal Northern College of Music and is in the style of the Harmoniemusik arrangements of 18th century operas.

The Palace Rhapsody has a duration of about 16 minutes, it is written for winds, percussion, harp and piano, and it is edited by Novello & Co.

Aulis Sallinen (Salmi, Finland, 1935) “can be justly regarded as the natural successor to the greatest Finnish composer Jean Sibelius. After early experimentation with serialism, he adopted a clear, diatonic style that often evokes the cold expanse of Finnish landscapes. With a strong sense of national identity, Finnish traditional melodies often appear in Sallinen’s works, and the subject matter of several of his six operas draws on the history and folklore of his country”. Composer’s presentation by its editor Novello.

Other significant works for winds are: