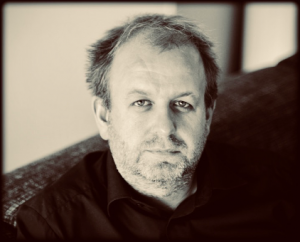 Symphony Nr 1 “KRKA” by Belgian composer Bart Picqueur is our Composition of the Week.

This 50-minute work is constructed in four movements and was premiered on May 27, 2017, in Slovenia, by the Pihalni Orkestr KRKA, under Matevz Novak, hence the title.

“Although every movement has a suggestive title, evoking a skill of the commissioning band, the piece is completely non-programmatic. Built in a solid classical construction, using clear structures and harmonies, yet idiomatically rather modern, without searching for extra-musical effects.” Composer’s Program Notes

A shorter 23-minute version titled Sinfonietta Nr1, that cares to keep the structure and the form balanced, was the compulsory piece in the highest category of the Certamen Internacional de Bandas de Valencia, in 2018.

He currently dedicates his time to composing, conducting, and teaching conducting. His main working field is the symphonic wind orchestra. Along his career, however, he made several side steps into theatre music, a rock band called wonderbrass awful power band and many other entertainment forms.

His works have been performed and recorded by world-class orchestras such as the Royal band of the Belgian Guides, Osaka Municipal Band, The Sächsische bläserakademie, The Royal Military Band of the Netherlands, etc.

Bart Picqueur is the principal conductor of the “Koninklijke Harmonie Ste. Cecilia Zele” (his hometown band in which he musically grew up) and is frequently asked guest conductor and lecturer both in Belgium and abroad.