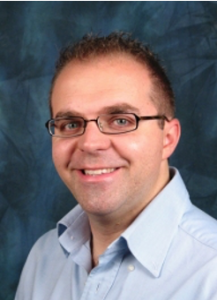 Symphony Nr.1 “Icelandic Waterfalls” by Italian composer Luciano Feliciani is our Composition of the Week.

“Icelandic Waterfalls” is the most recent composition by Feliciani, it has a duration of 30 minutes and it is cast in four movements.

The music is programmatic, having each movement linked to a specific waterfall landscape o Iceland.

1 Waterfall of the Gods

2  Waterfall of the Mountain

3  Waterfall of the Forest

Written in 2015, Icelandic Waterfalls is dedicated to the Rovereto Wind Orchestra and his conductor Andrea Loss.

“Luciano Feliciani began studying music at a young age and graduated with a degree in trumpet performance in 1995 from the Conservatory of Music ”G. Rossini” in Pesaro. In the following years he performed both in chamber ensembles and as a soloist in various theaters in Central Italy. He completed his doctorate in Political Science in 2001 with an interdisciplinary thesis in Political Philosophy titled ”Seduzione e Produzione nel mito del Don Giovanni” (Seduction and Production of the Don Giovanni Myth), which obtained a honorable mention for the Philosophy Award ”Viaggio a Siracusa” in 2001. Thereafter he continued his studies in harmony, counterpoint, and composition at the Conservatory of Music ”G. Rossini” in Pesaro and took part in the film music composition seminar held by Nicola Piovani at the Accademia Chigiana in Siena. He participated in composition contests such as TIM and the film music competition for the ”Mario Nascimbene Award.” At the same time, he also attended the composition and wind orchestra conducting laboratories ”A. Dei” in Florence, obtaining a specialization in the field with conductors and composers Jacob de Haan, Jan Van der Roost, Claudio Josè Boncompagni, Lorenzo Della Fonte, Frank Battisti, Franco Cesarini, and Felix Hauswirth. His compositions, awarded as best works of these laboratories, have been published by Animando Music Publisher and Hal Leonard/De Haske, and have been recorded by renowned international wind orchestras. Some of his many works for wind orchestra and chamber ensemble have been chosen as compulsory pieces in international competitions. In 2010, he graduated with a Master of Arts in Music Performance – Major in Wind Orchestra Conducting, from the Conservatory of Music of the Italian Switzerland in Lugano under the guidance of Franco Cesarini. He published an article titled, ”Il sublime e il demoniaco nel Don Giovanni di Mozart” (The sublime and the demonic in Mozart’s Don Giovanni) in the book Quei Loro Incontri. Lezioni settempedane (Ancona, 2007), and the monograph Aaron Copland: Pioniere della musica Americana (Zecchini Editore, Varese, 2011). In February 2014 he completed a specialization degree in film music composition at the Conservatory of Music ”G. Rossini” in Pesaro under the artistic direction of Luis Bacalov. He conducts wind orchestras, chamber ensembles, and choirs on a regular basis. He also holds masterclasses in conducting, harmony and instrumentation for wind orchestra and teaches trumpet, theory, and aural skills in various musical institutions”. From the Editor’s Webpage