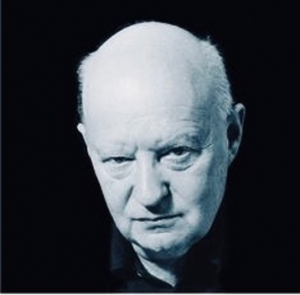 In celebration of the 70th anniversary of its premiere, April 5, 1951.

The famous Symphony in B-flat for Concert Band by German composer Paul Hindemith is our Composition of the Week.
The symphony was written at the request of Lt. Col. Hugh Curry, leader of the United States Army Band, and it was premiered by the “Pershing’s Own” on April 5, 1951, under Paul Hindemith himself.

Today we celebrate the 70th anniversary of a work that has become a cornerstone of the wind band repertoire.
With its modal melodies, sophisticated counterpoint, and complex rhythm layers, this masterwork challenged the best concert bands around the world ever since.
It elevated the scope of the literature available for the wind band back in 1951, therefore having a great impact on the next generations of composers and conductors.

With a great sense of vision and conviction, Frederick Fennell included the Symphony in B-flat on the first program given by the recently founded Eastman Wind Ensemble, on February 8, 1953, in Kilbourn Hall, starting a movement that would change the wind music landscape definitely.

The special recording you will listen to by following the link above was captured live on October 8, 1959, in a concert given by the Bavarian Radio Symphony Orchestra conducted by Paul Hindemith.