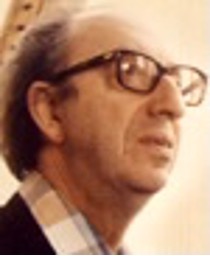 “Symphonie de l’eau” by French composer and pianist Serge Lancen is our Composition of the Week.
Serge Lancen has been an undisputed figure of French wind music. His name is not unknown to WASBE members. He was present at the foundation of our association in Manchester, in July 1981, and had supported it with great enthusiasm during his career.
He has served as a board member between 1985 and 1991.
Some of his compositions received its premiere performance at WASBE Conferences, for example “Masquerade”, for Brass Quintet and Wind Ensemble, premiered at Boston in 1987.
We commemorate the centenary of his birth in 2022.

“Symphonie de l’eau” was composed in 1984 and is dedicated to another great French composer, Ida Gotkovsky (whose music was featured a couple of weeks ago) a good friend of the Lancen family.
“Symphonie de l’eau” was the test piece in the “Primera Sección” of the famous “Certamen International de Bandas de Música de Valencia”, it has a duration of around 16 minutes and it is scored for a standard concert band setting. It is available at Molenaar Editions.

“When I was twelve years old I had started composing a piece which described the cycle of the water. The project was, however, abandoned and only some themes were left unused. In July 1983, I went by boat to the WASBE conference in Skien, Norway, and was seduced by the North Sea. During the travel, a musical theme was born and was the trigger for the realization of my ancient project which I still fancied. Symphonie de l’Eau is in fact a musical description of the cycle of the water” (Program Notes by Serge Lancen)

From an early age Serge is attracted to music, listening to his mother play classical pieces on piano. All these classical composers influenced Lancen’s musical development. Before reaching his fifth birthday, he composed a lullaby, which was later published. When he was eight, he studied music theory and piano. At fifteen, in 1937, he has already written enough music for piano for an entire recital. Later, he studied piano with Marguerite Long and Lazare Lévy and composition with Noël Gallon and Tony Aubin. In 1950 he won a Prix de Rome, the most prestigious award for a young composer.

Serge Lancen covered all genres of writing and chamber music, piano works, ballets, chamber opera commissioned by the radio and symphonic music. His style was completely original, yet clearly influenced by the classics that he has heard so much during his youth. Among his first symphonic compositions include the Concertino for Piano (1949), Concerto for Piano (1951) and Symphony Light (1955).

In the mid-1950s, Lancen became interested in the possibilities of the wind ensemble. A trip to the United States inspired Lancen to write his Manhattan Symphony (1961-1962) for the wind orchestra, as well as his Symphony Christmas (1964) and its sequel Festival in Kerkrade (1966). Lancen discovered the World Competition for Wind Orchestras held every four years in Kerkrade, a small border town south of the Netherlands. Serge became a distinguished guest there when his Manhattan Symphony won first division in 1966. Cape Kennedy was popular as set a piece in the first division in 1978. Serge Lancen was also very often on the program of gala concerts given by the most prestigious professional wind orchestras at Kerkrade. The Mini Symphony (1967) can be considered his first work completely for winds.

Other significant works by Serge Lancen for band: