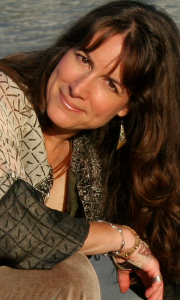 Suspended, by American composer Alex Shapiro is our Composition of the Week.
Suspended was commissioned by Kappa Kappa Psi, National Band Fraternity, and Tau Beta Sigma, National Band Sorority, for the 2021 National Intercollegiate band.
It was premiered on July 13, 2021, at the DeVos Performance Hall in Grand Rapids, Michigan, under Cynthia Johnston Turner.
Suspended is scored for a standard Wind Ensemble setting, with a large percussion section.
In addition to this instrumentation, the work requires an audio system capable of playing audio tracks from a laptop computer via a small digital audio interface connected to an audio mixer.
The entire symphony has a duration of 25 minutes, although, its four movements can be performed separately.

“Suspended is an emotional journey, and the catharsis I felt throughout the eight months of writing it helped keep me sane amidst a world of dismal uncertainty. The piece is composed in the tradition of an 18th century Classical symphony: four contrasting movements which serve specific functions and reveal a story. The work begins in absolute rage and chaos, then alternates between moments of grief and bleakness. Grim reality shifts to a macabre, circus-like insanity, and by the end, flickers of genuine hope contrast a pervasive sense of dread, and finally arrive at more optimistic possibilities.” Program notes by Alex Shapiro

Alex Shapiro is known for her genre-blind acoustic and electroacoustic works. Published by her company Activist Music LLC, Alex’s music is heard daily in concerts and broadcasts across the U.S. and internationally and can be found on over thirty commercially released recordings.

Ms. Shapiro began her career scoring for commercial visual media, and later established herself in the professional chamber music world. Since composing her first wind band work in 2007, Alex has become noted for adventurous electroacoustic pieces for the field at all performance levels and is sought after for her seamless melding of live and recorded sounds, often including striking visual and physical elements. Ms. Shapiro uses technology in each aspect of a commission, from the creation of the music to “webhearsals” in which she coaches thousands of musicians around the world, to customized, multimedia material delivery web pages, and the public reach of the finished piece through social media.

Shapiro has been a repeat clinician at The Midwest Clinic, and at the Texas Music Educators Association, the British Columbia Music Educators Association, CBDNA, and countless similar conferences and university residencies, speaking about creative uses of technology in concert performance. Among her many published writings are the chapters, Releasing a Student’s Inner Composer for the 2013 book, Musicianship: Composing in Band and Orchestra, and Reaching Out and Bringing Women In for the 2020 release, The Horizon Leans Forward…Stories of Courage, Strength, and Triumph of Underrepresented Communities in the Wind Band Field, both for GIA Publications. She also authored an 8,000-word article published in two 2014 journals of the World Association for Symphonic Bands and Ensembles (WASBE) titled, The e-Frontier: Electroacoustic Music, Multimedia, Education, and Audiences in the Digital World. Two of Alex’s electroacoustic band pieces, Paper Cut, and Tight Squeeze are included in Volume 10 of the GIA book/CD series, Teaching Music Through Performance in Band.

Educated at The Juilliard School and Manhattan School of Music, Ms. Shapiro is an enthusiastic leader in the new music community, and advocates for other artists through speaking appearances, articles, and volunteerism. Since 2014 she has been the Symphonic and Concert writer member of the Board of Directors of ASCAP, and also serves on the Board of Directors of the ASCAP Foundation and The Aaron Copland Fund for Music. After 21 years in Manhattan and another 24 in Los Angeles, Alex relocated in 2007 to Washington State’s remote San Juan Island. Ms. Shapiro’s wildlife photographs, her music, and her holistic approach to a happy life in the arts, can be experienced through social media and her website.