Instead of presenting you with the usual work chosen as Composition of the Week, we would like to remember two compositions that celebrate round-number’s birthdays in 2021.
These are the 50th anniversary of Fisher Tull’s Sketches on a Tudor Psalm (1971), as well as the 60th anniversary of Ingolf Dahl’s Sinfonietta (1961).
Both works have received countless performances since their premiere and are considered by many to be cornerstones of the symphonic band repertoire. 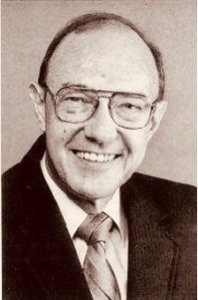 Sketches on a Tudor Psalm
https://www.youtube.com/watch?v=KSPt-lZseMI

“Sketches on a Tudor Psalm is based on a sixteenth-century setting of the Second Psalm by Thomas Tallis. The original version was in the Phrygian mode with the melody in the tenor voice. A modern adaptation is still used today in Anglican services. Its popularity is evidenced by its employment by Ralph Vaughan Williams for the basis of his Fantasia for String Orchestra in 1910.
The introduction sets the harmonic character by emphasizing the juxtaposition of major and minor triads. The theme is first presented by solo alto saxophone, continued by horns, and followed by a fully harmonized version from the brass. The variations begin to unfold in an Allegro section with a melody in the clarinets which was constructed from the retrograde of the theme. Subsequently, fragments of the theme are selected for rhythmic and melodic transformation. Finally, the opening harmonic sequence returns in highly punctuated rhythms to herald the recapitulation of the theme beginning in the low woodwinds and culminating in a fully scored setting of the climactic measures. A coda continues the development as the music builds to a triumphal close on a major chord.” (Notes by Fisher Tull) 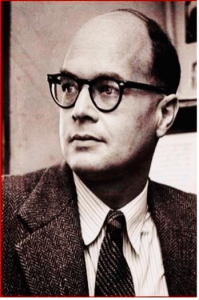 I – Introduction and Rondo
https://www.youtube.com/watch?v=Xo2nBmPQXPo

“When I received a commission to write a work for band, there were many things to be considered. First of all, I wanted it to be a piece full of size, a long piece, a substantial piece — a piece that, without apologies for its medium, would take its place alongside symphonic works of any other kind. But, in addition, I hoped to make it a ‘light’ piece, something in a serenade style, serenade tone, and perhaps even form. This was the starting point.
You will remember that in many classical serenades the music begins and ends with movements which are idealized marches, as if the musicians were to come to the performance and then, at the end, walk off again. From Haydn’s and Mozart’s march-enclosed divertimenti to Beethoven’s Serenade for Flute, Violin and Viola (and beyond), this was a strong tradition, and it was this tradition which motivated at least the details of the beginning and ending of the Sinfonietta (a work in serenade tone but with symphonic proportions, hence the title). The quiet beginning, the backstage trumpets, and at the very end an extremely quiet ending with backstage trumpets — this is the form of the work.” (Notes by Ingolf Dahl)