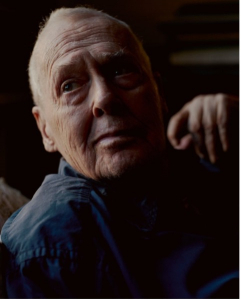 SINFONIA
for Fifteen Wind Instruments (with Optional Percussion and Piano)

Sinfonia by American composer and writer Ned Rorem is our Composition of the Week.

Ned Rorem’s Sinfonia was written in 1957 as the first commission for the American Wind Symphony Orchestra and its conductor, Robert Austin Boudreau.

“This brief symphony for brass, woodwinds and optional percussion counterposes a pair of lively and playful scherzi against a pair of lyrical and meditative slow movements. Composed not long after the composer’s return to New York from France, the piece flaunts its Parisian influences”. (Editor’s Program Note)

The above-mentioned sections are named “Like a motor”, “Slow”, “Lento” and “Scherzando”.

The orchestral winds instrumentation used in Sinfonia calls for:

The work has a duration of around 9 minutes, and it is edited by Peters.

Ned Rorem was born in Richmond, Indiana on October 23, 1923. He received his early education at the University of Chicago Laboratory Schools and the American Conservatory of Music.
He studied at the Curtis Institute and the Juilliard School of Music as well as with Virgil Thomson.
From 1952 through 1958, Rorem worked in Paris. From 1980 to 1986, he served on the faculty of the Curtis Institute.
In 1966 he published The Paris Diary of Ned Rorem, which, together with his later diaries, has brought him some notoriety. He has written extensively about music as well.
Rorem has composed in a chromatic tonal idiom throughout his career, and he is not hesitant to attack the orthodoxies of the avant-garde.
He was awarded the Pulitzer Prize for his orchestral suite Air Music in 1976.