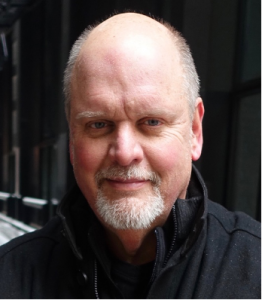 Reflections on the Mississippi

Reflections on the Mississippi, for Tuba and Symphonic Band by American composer Michael Daugherty is our Composition of the Week.

The concerto is dedicated to the memory of the composer’s father, and it is a musical reflection on the family trips to the Mississippi River near the composer’s home, in McGregor, Iowa.

Reflections… has a duration of 22 minutes, and it is cast in four uninterrupted movements

Its instrumentation uses a standard Wind Ensemble setting, with the exception of the tuba part, and includes Piano and Contrabass.

“Multiple GRAMMY Award-winning composer Michael Daugherty has achieved international recognition as one of the ten most performed American composers of concert music, according to the League of American Orchestras. His orchestral music, recorded by Naxos over the last two decades, has received six GRAMMY Awards, including Best Contemporary Classical Composition in 2011 for Deus ex Machina for piano and orchestra and in 2017 for Tales of Hemingway for cello and orchestra. Current commissions for 2020 include new orchestral works for the Pittsburgh Symphony Orchestra and the Omaha Symphony and a concerto for violinist Anne Akiko Meyers who will give the world premiere with the National Symphony at the Kennedy Center in 2021.

Michael Daugherty was born in Cedar Rapids, Iowa in 1954 and is the son of a dance-band drummer and the oldest of five brothers, all professional musicians. As a young man, Daugherty studied composition with many of the preeminent composers of the 20th century including Pierre Boulez at IRCAM in Paris (1979), Jacob Druckman, Earle Brown, Bernard Rands and Roger Reynolds at Yale (1980-82), and György Ligeti in Hamburg (1982-84). Daugherty was also an assistant to jazz arranger Gil Evans in New York from 1980-82. In 1991, Daugherty joined the University of Michigan School of Music, Theatre and Dance as Professor of Composition, where he is a mentor to many of today’s most talented young composers. He is also a frequent guest of professional orchestras, festivals, universities and conservatories around the world.” From composer’s website.

More on Reflections on the Mississippi and Michael Daugherty