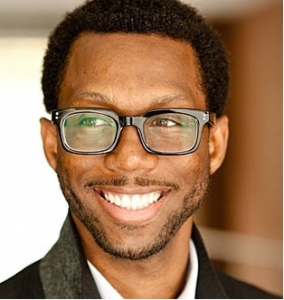 “Red Sky” by American trombonist, composer and producer Anthony Barfield is our Composition of the Week.
Red Sky is a 14-minute work based upon the Big Bang Theory. It was commissioned by Professor Brad Kerns and The University of Kentucky Wind Symphony.
The premiere performance took place on October 18, 2012, by the University of Kentucky Wind Ensemble, with Bradley Kerns as soloist and Dr. John Birdwell conducting.
Red Sky is available directly from Anthony Barfield.

“According to the theories of physics, if we were to look at the universe one second after the Big Bang, the scientific explanation of how our universe started, what we would see is a 10-billion-degree sea of neutrons, protons, electrons, anti-electrons (positrons), photons, and neutrinos.
Red Sky paints a picture of the Big Bang Theory and space, matter and energy, but it also has a deeper meaning: that we are all the same as human beings, and to realize that wherever we are in the world, in this large universe, that we’re all connected.” (Program Note by composer)

Anthony Barfield holds degrees in trombone performance from the Juilliard School and Manhattan School of Music. His primary trombone instructors include Joseph Alessi, Dr. Per Brevig, Jay Evans and Dan Drill. Anthony studied composition with C.P. First, Avner Dorman, Thomas Cabaniss, and Nils Vigeland.
Known for his lyrical writing style, Barfield’s compositions have been performed throughout the U.S. and Europe. He has received commissions from groups such as the University of Kentucky Wind Ensemble and Joseph Alessi of the New York Philharmonic. He made his Carnegie Hall debut at the 2012 New York Wind Band Festival where his work “Here We Rest” was performed. In demand as a composer in residence, Mr. Barfield has worked with groups such as the University of Scranton Singers, Manhattan School of Music Brass Ensemble and The Baldwin Wind Symphony. He released his first composition album in the fall of 2013 titled The Works of Anthony Barfield with the University of Alabama Wind Ensemble.
Anthony Barfield currently resides in New York City and works as an audio engineer at The Juilliard School.