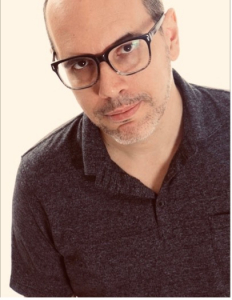 Rampa by Argentinian composer Marcos Franciosi is our Composition of the Week.

Rampa is Marcos Franciosi’s first composition for winds. Finished in September 2021, it was commissioned by the Strasbourg Conservatory of Music Wind Orchestra and premiered on December 11, 2021, at the Cité de la Musique et de la Danse, Strasbourg, France, under Miguel Etchegoncelay.
Rampa is dense and virtuosic in texture, with complex rhythmic treatment, reflecting the stubborn and ostinato character of Piazzolla’s music. Structured in two large contrasting sections, Rampa has a duration of 10 minutes. The instrumentation used is as follows:

“RAMPA is a piece for wind orchestra, piano, percussion, and sampler that seeks to reflect on the figure and music of the great composer and bandoneonist Astor Piazzolla. The title, on the one hand, comes from the representation of the exponential dynamic gesture in crescendo, typical of the result of violently opening the bandoneon’s bellows; a common characteristic in tango, but even more marked in Piazzolla’s style. The notion of ramp is also taken from an ascending chromatic gesture, which will appear three times throughout the piece, affecting the height.
Piazzolla used to say that the day he would no longer have the strength to fish sharks, he himself would naturally realize that he could no longer play the bandoneon because of the strength demanded by his interpretation. His life was always marked, as well as his genius, by a quarrelsome, urgent character, and a certain violence that is evident in his music, as well as a deep melancholy. This finding can be evidenced many times in the formal character of his compositions, which go from an extremely lively kinetic dynamic to a kind of plateau or valley, in which he, from his bandoneon, or one of his musicians, explored that melancholic state, which was then quickly substituted or sublimated again by his overwhelming power. These observations are part of the formal development of Rampa.
Finally, the piece is not directly based on thematic quotations, but on the very sound of Piazzolla’s bandoneon and gesture. For this, I based it on a solo from “Tristezas de un doble A”, recorded live at the Montreal Jazz Festival in 1994.
It is a non-thematic material of gestures and connective passages taken from that solo, from which the motoric notions in charge of the instruments will be derived. The idea was based on making Astor himself appear playing from a sampler as if it were his spectrum in a continuous dialectic instance with the orchestra, but not quoting his classic melodies, but his between, or rather, from the Piazzollian entropy.” (Program notes by the composer)

Teacher, composer, and researcher Marcos Franciosi studied composition at the National University of Córdoba and at the Conservatory of Music and Dramatic Art of Québec, Canada.
He has served as director of the Bachelor of Composition with Electroacoustic media of the National University of Quilmes, as well as professor of composition at the Faculty of Musical Arts and Sciences of the UCA (2008-2017), Musical Appreciation at the IUNA (2012-2013), Contemporary Techniques II at CEAMC (2006-2008) and harmony, counterpoint and composition at UCASAL (2012). He has been an adjudicator and visiting professor on numerous occasions in Argentina and abroad.
Franciosi has received numerous distinctions, including the Award Konex, Classical Music Merit Diploma 2009-2019.
His works have been commissioned by orchestras such as the Ensemble Modern, National Symphony Orchestra of Argentina Teatro Colón, Circle of Contemporary Music Concerts at the San Martín Theater, the Strasbourg Conservatory of Music, among others.
He has written acoustic, electroacoustic and mixed music, symphonic music, chamber music, as well as music for film, dance, theater, and opera.
He is a currently professor of Acoustic and Electroacoustic Composition and Chair of Musical Creation Workshop at the National University 3 de Febrero, Buenos Aires, Argentina.