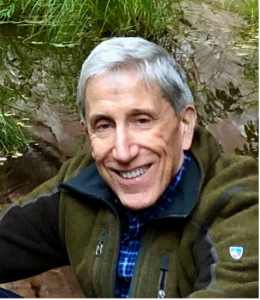 “Prevailing Winds” by American composer Rodney Rogers, is our Composition of the Week.
The composition was written during the summer of 1983 for the Lawrence University Wind Ensemble under the direction of Robert Levy; it received its premiere that fall in Appleton, Wisconsin.
The work was featured at the 1990 CBDNA National Conference in Tallahassee, Florida.
It has a duration of about 18 minutes and its instrumentation calls for an enlarged wind ensemble:

The subtitles suggest an entire process:  the beginning, middle, and end of a season.  This three-stage progression is reflected in the momentum of the composition as a whole and in the shaping of individual sections (each movement has its own beginning, middle, and end).  The work’s fanfare opening contains restless energy and numerous motives that suddenly shift to a reflective mood and stillness in Midsummer Moon (the keyboard instruments are silent throughout this portion). The Interlude returns to the animated character of the opening with the piano as the focal point. This is followed by the quiet lyricism of Summer’s Farewell, a passacaglia-like set of variations over a bass line with a corresponding progression of chords.  Motives presented in the opening of the piece can be heard in transformed versions throughout the remainder of the work, much like cyclic symphonic form prevalent in the late Romantic era where individual movements reuse thematic and motivic material found in the opening section.
In general, the piece reflects the sense of seasonal change from the energy of early summer to the slowing down of growth processes that gradually occur throughout the summer season.”

Rodney Rogers holds degrees from the University of Iowa and Arizona State University as well as attended Tanglewood.