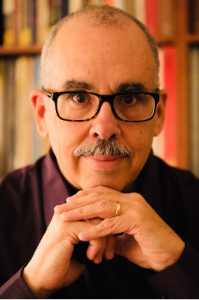 Octeto, by Puerto Rican composer Roberto Sierra is our Composition of the Week.

It is cast in nine short movements:

For more than three decades, the works of Roberto Sierra have been part of the repertoire of many of the leading orchestras, ensembles and festivals in the USA and Europe. Many of the major American and European orchestras and international ensembles have commissioned and performed his works. Among those ensembles are the orchestras of Philadelphia, Pittsburgh, Atlanta, New Mexico, Houston, Minnesota, Dallas, Detroit, San Antonio and Phoenix, as well as the American Composers Orchestra, the New York Philharmonic, Los Angeles Philharmonic, National Symphony Orchestra, Royal Scottish National Orchestra, the Tonhalle Orchestra of Zurich, the Spanish orchestras of Madrid, Galicia, Castilla y León, Barcelona, Continuum, St. Lawrence String Quartet, Opus One, and others.

Roberto Sierra was born in 1953 in Vega Baja, Puerto Rico, and studied composition both in Puerto Rico and Europe, where one his teachers was György Ligeti at the Hochschule für Musik in Hamburg, Germany. The works of Roberto Sierra are published principally by Subito Music Publishing (ASCAP).