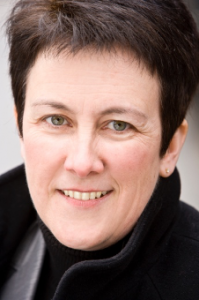 Jennifer Higdon’s Oboe Concerto is our Composition of the Week.

The concerto was written in 2005 for the Minnesota Club, a small private commissioning consortium and it was premiered by Kathy Grennbank and the Saint Paul Chamber Orchestra on the same year. The Wind Ensemble version was completed in 2008, commissioned by three American universities.

The Oboe Concerto is composed in a single movement and has duration of 17 minutes. It is available at Lawdon Press.

Reviewing the world premiere, Michael Anthony of the Star Tribune lauded the piece, remarking, “(the concerto) shares the shimmering beauty and rhythmic playfulness of many of her other works. The concerto, in fact, seems infused with the beauty of its solo instrument.”

“I have always thought the sound of the oboe to be one of the most elegant sounds in the palette of the wind family. When the opportunity came to write a concerto for this wonderful instrument, I jumped at it. As the oboe’s tone has always enchanted me, I decided that I wanted to veer from the normal style of concerto writing, where virtuosity is the primary element on display, and feature the rich tone of this double-reed instrument. To that end, this work has long sections (including the opening) that showcase its melodic gift, which alternate with 2 faster scherzi, giving the instrument’s technical speed a chance to shine.” Program Notes by Jennifer Higdon

Jennifer Higdon is one of America’s most acclaimed and most frequently performed living composers. She is a major figure in contemporary classical music, receiving the 2010 Pulitzer Prize in Music for her Violin Concerto, a 2010 Grammy for her Percussion Concerto and a 2018 Grammy for her Viola Concerto, and a 2020 Grammy for her Harp Concerto. Most recently, Higdon received the Nemmers Prize from Northwestern University, given to contemporary classical composers of exceptional achievement who have significantly influenced the field of composition.

Dr. Higdon holds the Rock Chair in Composition at The Curtis Institute of Music in Philadelphia.