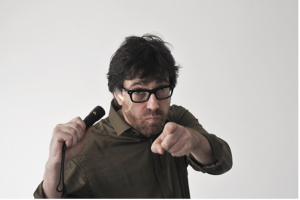 Nuits-Cassation by Argentinian composer Daniel D’Adamo is our Composition of the Week.

Nuits-Cassation uses the famous wind ensemble setting of Mozart’s Grand Partita, but more strikingly, it requires period instruments to tackle with aesthetics of the 21st century.
Even though the etymology of the musical term cassation is uncertain, works using this title were common, especially in southern Germany, Austria and Bohemia in the mid-to-later part of the eighteenth century. The cassation is related to the serenade and the divertimento, and even to the nocturne, as a set of loosely assembled short movements intended for outdoor performances.

Nuits-Cassation is written in one single movement, but formally organized in 9 distinctive sections, alternating smaller groups within the ensemble, like the four natural horns at the beginning, the woodwinds alone, a duo of two oboes or a trio of two bassoons and the string bass. The first real tutti comes later in the piece, followed by different combinations of instruments that will interact and lead to a conclusion of a double duo, made of the two clarinets and the two basset horns, resolving calmly in a coda that finishes the work exactly as it began, with the four horns.

D’Adamo’s Nuits-Cassation was written in 2009 after a commission by the “Ensemble Philidor” with the support of “Mécénat musical Société Générale”.
It was premiered on September 4, 2010, at Royaumont, France, as part of the Festival “Voix nouvelles”, under conductor Eduardo Lopes.
Nuits-Cassation has a duration of 27 minutes and it’s available at « Le Chant du Monde éditions – Wise Music Classical ».

A shorter version of the work, called simply “de Nuits”, call for the same wind ensemble setting, but this time with modern instruments, and a tuba replacing the string bass. De Nuits is 10 minutes long and it was written, right after Nuits-Cassation, in 2011.