NEAR AND DISTANT by Lauri Porra (Finland) 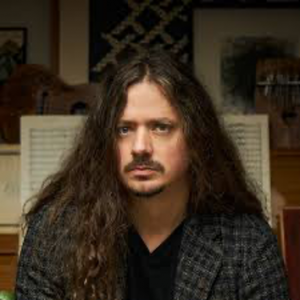 “Near and Distant” by Finnish composer Lauri Porra (1977) is our Composition of the Week.

“Near and Distant” was commissioned by the Finnish Wind Band Association and is dedicated to Pekka Porra on the occasion of his 80th birthday.

The work has a duration of about 10 minutes and it is written for standard wind band setting, although it has some openings for optional improvisation. In this recording you will hear an electric guitar, which does not appear on the score.

“Near and Distant” uses elements from pop and rock music as well as of film, aleatoric and improvised music.

Lauri Porra comes from a family of professional musicians stretching back four generations, the most famous of which is the iconic composer Jean Sibelius. His music has been performed by the Finnish Radio Orchestra, Trondheim Symphony Orchestra, the Lahti Symphony Orchestra and the New Bedford Symphony among many others.

Something of a musical polymath, Porra has deep roots in classical and rock music to draw on. An award-winning artist, Porra has considerable experience of playing different contemporary, popular and ethnic styles of music and a long and successful track record of international collaborations. To date he has released four critically acclaimed instrumental solo albums, with the latest, ‘Entropia’ (a collaboration with Lahti Symphony Orchestra), released in January 2018 on BIS-records. Alongside his composition work for orchestras, films and other media, Porra is the bassist in the renowned Finnish power metal band Stratovarius, with whom he has recorded five albums and performed concerts in over 60 countries.

You can see the score here: