MY BUTTERFLIES for Wind Orchestra by Dai Fujikura (Japan, 1977) 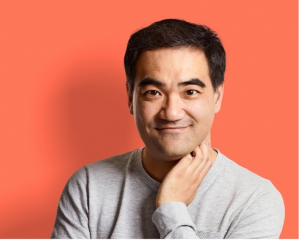 My Butterflies by Japanese composer Dai Fujikura is our Composition of the Week.
My Butterflies was written in 2012 and premiered on February 8, 2013, by the Ensemble 20+ at De Paul University.
It was Co-commissioned by the DePaul University School of Music and The Tokio Kosei Wind Orchestra and dedicated to Seikyo Kim.
My Butterflies uses the following wind orchestra setting:

It has a duration of 12’ minutes and it is published by Ricordi Berlin.

“When my wife Milena was pregnant with our daughter Mina I remember she was telling me one of her many first feelings was of butterflies in her stomach, which is a good early sign of pregnancy.
When starting to write this work, I had this and an image of macro photographs of seeds which I had seen in a science magazine in my mind.
Therefore this piece features extensive use of fluttertongue for flutes and clarinets, which are like closeup photos of flower seeds. The brass – usually much louder instruments than the woodwinds – come in very softly with various mutes on, as if they are protecting the fluttertongued woodwinds.
As each woodwind fragment gets larger and larger, they seem stickier and softer and  start to form a lyrical texture. Sometimes the brass play sforzandi which then makes this texture explode into small, hard surfaced fragments. These float in the air and start changing form.
My intention is that one should be able to “see” and “taste” these sounds, and feel the process of the textures changing.” (Program notes by composer)

Dai has received support from a wide variety of eminent musicians including Peter Eötvös, who acted as his mentor during the London Sinfonietta’s innovative Blue Touch Paper scheme.

Blue Touch Paper, an 18-month project, resulted in the work “Fifth Station”, premiered in February 2004 by the London Sinfonietta, conducted by Martyn Brabbins. This work was given further performances by Klangforum Wien and the Asko Ensemble.

Eötvös has continued to encourage Dai and in October 2005 conducted the world premiere of “Vast Ocean” for trombone, orchestra and live electronics, with the Hilversum Radio Orchestra and Experimentalstudio Heinrich-Strobel-Stiftung, at the prestigious Donaueschingen Music Days festival. Pierre Boulez has also supported Dai, conducting the world premiere of the Lucerne Festival Academy’s commission, “Stream State” for orchestra, at the Lucerne Festival in September 2005. “Stream State” immediately had further performances in Germany, Austria, Italy and Japan during 2006.

Dai made his BBC Proms debut with “Crushing Twister”, in August 2006, a BBC commission for the BBC Concert Orchestra, conducted by Charles Hazlewood. In the same year, his music was performed at the Chicago Symphony Orchestra’s “Music Now” series.

2007 saw commissions from the Ensemble Intercontemporain (“time unlocked”) for the occasion of the ensemble’s 30th anniversary, and an orchestral work with electronics, “swarming essence”, a joint commission between the Orchestre Philharmonique de Radio France and IRCAM.

In 2008 April, one of Dai’s largest works to date, “…as I am…” for mezzo soprano and large ensemble was premiered by Ensemble Intercontemporain, Lore Lixenberg, conducted by Susanna Mälkki in Cite de la Musique.

Future commissions include a piano concerto for Noriko Ogawa and the Philharmonia Orchestra, conducted by Martyn Brabbins (co-commissioned by Nagoya Philharmonic, Thierry Fischer – conductor), Orchestra work for Yomiuri Symphony Orchestra, also several chamber works: a string quartet for Arditti String Quartet (commissioned by the Wigmore Hall), an ensemble work for Art Respirant, a recorder concerto for Jeremias Schwarzer, a Double Bass Concerto for London Sinfonietta, an ensemble work for I.C.E., a work for solo Viola and electronics with IRCAM, and a piece for Wind trio (musikfabrik) and electronics (Experimentalstudio Freiburg) for Donaueschingen Musik Tage.