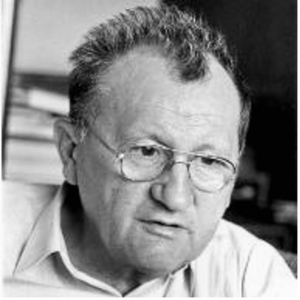 Musica Boema by Czech composer Zdeněk Lukáš is our Composition of the Week.
Musica Boema was commissioned in 1977 by Joel Blahník for Stanley DeRusha, who premiered the work with the Michigan State University Wind Symphony on December 11, 1978, at the CBDNA Conference.
An earlier work by Lukáš written in 1966, Sonata Concertata for Piano and Symphonic Band, Op.49, was also premiered in the same program.

Musica Boema is scored for winds, brass, harp, xylophone, and glockenspiel and cast in two movements. It has a duration of 18 minutes. It is Lukas’ Op. 137
The work is available at Alliance Publications.

Zdenĕk Lukáš began composing during his high school years, while he studied music theory with Antonín Mádr from 1943 to 1946, and composition with Jaroslav Řídký.
His early compositions have a definite late romantic style which was influenced by Czech folksongs. After meeting composer Miloslav Kabeláč in 1962, Lukáš started shifting to a more modern language. Kabeláč was an important support for Lukáš gradually establishing his reputation as a well-respected composer. He was very prolific, having left over 330 works to his credit, including 6 symphonies, several operas, chamber music, many concertos as well as several works for concert band. These include: