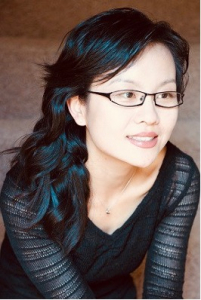 Music for Piano, Percussion and Wind Ensemble by Chinese American composer Xi Wang is our Composition of the Week.
Written in 2007 and dedicated to composers Steven Stucky and Roberto Sierra, both previously featured in this publication, as well as to conductor Cynthia Johnston Turner.
The work was premiered by the latter, on May 3, 2007, at Bailey Hall, Cornell University, by the Cornell Wind Ensemble, with Dominic Donato, Steve Paysen on solo percussion and Frédéric Lacriox on solo piano.

Music for Piano, Percussion and Wind Ensemble is written in three movements:
I. Introduction, II. Andante and III. Allegro.
It has a duration of 18 minutes, and it is scored for a standard wind ensemble setting.
The music is available at Murphy Music Press.

Xi Wang has been considered one of the most talented and active composers of her generation. Her original concert music has been performed worldwide by notable orchestras and ensembles such as the Minnesota Orchestra, Atlanta Symphony, American Composers Orchestra, Shanghai Philharmonic, and the Tippet String Quartet.

Xi Wang has been the recipient of the Charles Ives Fellowship from the American Academy of Arts and Letters, the National Endowment for the Arts award, Meet the Composer, New Music USA, American Music Center, MacDowell Colony residency, as well as seven prizes from the American Society of Composers, Authors and Publishers (ASCAP).

Another work for Wind Ensemble by Xi Chang is Winter Blossom (2017), written in memory of Steven Stucky, commissioned by WASBE and a consortium of 32 members.