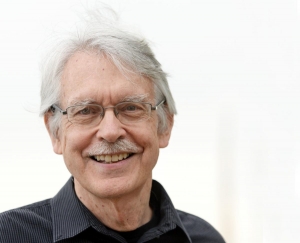 MUSIC FOR EIGHTEEN WINDS by American composer John Harbison is our Composition of the Week.

Written in 1986, this 12-minute work was commissioned by the Council for the Arts at MIT (Massachusetts Institute of Technology) and was first performed by the MIT Players under the composer’s direction on 18 April 1986.

It was chosen to represent the United States in the 1987 International Rostrum of Composers in Paris.

Harbison’s MUSIC FOR EIGHTEEN WINDS is scored for the following instrumentation:

“Music for Eighteen Winds is the result of the MIT Arts Council’s generous invitation to compose something for any MIT performance organization, of any length, of any intent. Commissions seldom grant this kind of freedom, and I wrote a piece I had been contemplating for some time – for winds, concise (about eleven minutes), and abstract (without extra-musical associations).

I wrote a piece that can be played by an orchestral wind section, a scaled-down band, or a scaled-up chamber music group, hoping that all three such ensembles might eventually perform it either here or elsewhere. The piece is challenging to play, but not impossible for college and music school students.

Most precious about the situation was the chance to frame the piece’s first program, work with MIT students, colleagues, and friends from the Boston freelance community in its presentation and play it for an audience in my own community. This influenced the shape of the piece, which trusts both players and audience to meet it halfway.

The title is a simple reification. I looked for a more colorful one, but the piece resisted. There are two large sections, both based on the same musical materials:

Toward the end of the piece, as the music becomes more and more cursive and self-contained, it also becomes warmer and more optimistic, a paradox which is close to this composer’s heart.” John Harbison