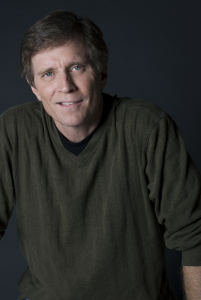 In this, our first publication for the new year 2022, WASBE wishes to convey to you its most sincere wishes for peace and serenity. May today, more than ever, the possibility of making music together help us to treasure the importance of sharing meaningful moments with musicians, colleagues, and friends in live concerts.

Lux Perpetua, by American composer and conductor Frank Ticheli, is our Composition of the Week.
Winner of the 2021 NBA/William Revelli Composition Prize, Lux Perpetua received its world premiere by the Baylor University Wind Ensemble under Eric Wilson, at the centennial meeting of the Texas Music Educators Association on February 13, 2020.
It has a duration of 10 minutes and it is scored for a standard symphonic band setting, including Contrabass Clarinet, String Bass, Harp, and 5 percussion parts.

“Lux Perpetua in memory of two young clarinetist members of that ensemble, Laura Onwudinanti and Jack Stewart, whose lives were tragically cut short in an automobile accident in 2014. The work’s title is drawn from the last line of the Latin text, Lux aeterna: “et lux perpetua luceat eis” (and let perpetual light shine upon them). The idea of light as both protector and illuminator was constantly in my mind as I composed the piece. Two kinds of light comprise the work: one soft and meditative, the other more sparkling and effervescent. Also in mind were the respective personality traits of the two dedicatees, Jack being more thoughtful and introspective, Laura being more spontaneous and gregarious.

A simple call motive begins the piece, introduced by the clarinets. Its two main notes form a descending minor 3rd, a sound that is universally associated with a call or greeting (think “yoo-hoo”) but also widely associated with playground games and nursery rhymes. This idea is laced into the entire fabric of the piece, sometimes serving as transition material, other times appearing unexpectedly for purposes of contrast, still other times flowering into main melody.

The main melody is at once longing and noble in quality and is constructed in a way that suggests the notion of infinity. Its accompanying harmony depicts a kind of bellows or the act of breathing, in and out perpetually. It never settles on a final chord, but instead moves to a built-in modulation, compelling the melody to repeat itself in a chain of new keys.

A faster, more energetic middle section serves as a dramatic contrast, but rather than give it a new theme, I chose to continue with a variant of the main melody. The accompanying harmony is still breathing, the lyrical line still permeating the entire section, but this time building to a tremendous climax. The final coda is a brief meditation. The main melody echoes itself tenderly as the harmony begins its slow and fragile ascent to the heavens.” (Program Notes by Frank Ticheli)

Frank Ticheli joined the faculty of the University of Southern California’s Thornton School of Music in 1991, where he is Professor of Composition. From 1991 to 1998, he was Composer in Residence of the Pacific Symphony.
Frank Ticheli is well known for his works for concert band, many of which have become standard in the repertoire. In addition to composing, he has appeared as guest conductor of his music at Carnegie Hall, at many American universities and music festivals, and in cities throughout the world, including Schladming, Austria, at the Mid-Europe Music Festival; London and Manchester, England, with the Meadows Wind Ensemble; Singapore, with the Singapore Armed Forces Central Band; and numerous cities in Japan, with the Bands of America National Honor Band.
Frank Ticheli received his doctoral and master’s degrees in composition from The University of Michigan.

Other works by Frank Ticheli include: