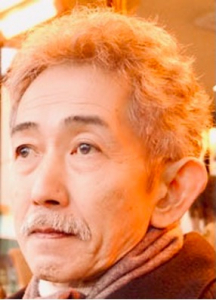 Les trois notes du Japon, by Japanese composer Toshio Mashima is our Composition of the Week.
This suite in three movements, « La Danse des grues », « La rivière enneigée » and « La fête de feu », was written in 2001 for the Tokyo Kosei Wind Orchestra.
It offers three visions of the Japanese environment and life.
Les trois notes du Japon was premiered on April 27, 2001, by the Tokyo Kosei Wind Orchestra, conducted by Douglas Bostock, followed by a German and Swiss tour right after.

The work is scored for standard wind ensemble setting. It has a duration of about 18 minutes.

Toshio Mashima graduated from the Kanagawa University. He studied music composition under Bin Kanada and jazz theory under Makoto Uchibori. He graduated in 1971 and went on to play trombone in jazz and pop bands. He then worked as an assistant to Naohiro Iwai and began to focus on making compositions for bands.
Mashima’s musical impetus comes from many genres such as jazz, modem French music, and traditional Japanese music, but his writing style of the last decade and a half blends melody from Japanese traditional modes and European harmony.