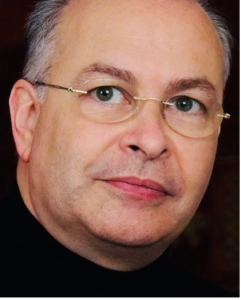 Le Cortège du Roi Renaud, for Double Wind Quintet, by Swiss composer and conductor Franco Cesarini is our Composition of the Week.

Le Cortège du Roi Renaud was originally written for a full-wind orchestra in 1999 and would be later rearranged for double wind quintet by the composer. This is the version we are presenting to you.
It is a short suite in five movements based on tales that originated in southern European folk songs, dating back as far as the 16th century. A large portion of these songs refer to the French poetry “complaintes”, which were songs in which the text usually designated content rather than form: the expression of grief, pain and suffering, a lamentation, a petition, or list of grievances.

“The first movement of the suite is based on the song La porcheronne (The Swineherd). It tells the story of a young woman forced by her mother-in-law to tend pigs while her husband is away fighting in the war. She is freed only when her husband returns, seven years later.

The second movement tells the story of La marquise empoisonnée (The Poisoned Marquise). A marquise is coerced by her king to become his mistress. The jealous queen poisons her by means of a bouquet of deadly scented flowers.

Despite having the character of a merry dance, the third movement, La maumariee vengée (The Avenged Bride) tells the touching story of Queen Clotilde, persecuted for her refusal to live according to Aryan beliefs.

La belle engloutie (The Swallowed Beauty) relates the tale of the young wife of King Renaud. She cannot imagine a life without her husband, who was mortally wounded in the war, and begs the earth to open and swallow her up so that she may rejoin her love.

The gruesome content of the final part, Le tueur de femmes (The Wife Killer), bears a strong resemblance to the tale of Bluebeard. The story is about a young wife in danger of being drowned in a pond by her husband, which is what happened to her 13 predecessors. Thanks to her cunning, she manages to turn the tables and contrive her husband’s demise”. (Program notes by the composer)

Franco Cesarini began his musical education at the Conservatory of Milan (ITA) studying flute and piano. He continued his studies with Peter-Lukas Graf at the Academy of Music of Basle, in Switzerland.
Both as a soloist and as a member of chamber ensembles, Cesarini has won several competitions, including first prize in the Swiss soloist competition in 1981. In 1984 he was awarded a scholarship by the Ernst Göhner-Migros Foundation. Subsequently, he continued his studies with Peter-Lukas Graf, until obtaining his performer’s diploma, as well as studying music theory and composition with Robert Suter and Jacques Wildberger and wind band conducting with Felix Hauswirth.
Since 1989 Cesarini has been professor for concert band conducting and orchestration at the “Musikhochschule” as well as the conductor of the “Civica filarmonica di Lugano. In 2001 he began teaching composition at the European Intitute for Symphonic Band Studies (ISEB) in Trento (ITA) and concert band conducting at the “Conservatorio della Svizzera Italiana” in Lugano.
In addition to his compositions for concert bands, Cesarini’s repertoire includes pieces for chamber ensembles, various solo instruments, vocal, string orchestra and symphony orchestra.

Other works for Wind Orchestra include