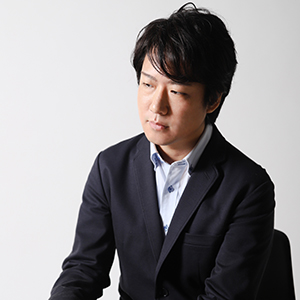 « Le ciel dégradé se dissout à la surface de l’eau » whose possible English translation would be « a gradient sky dissolves at the water surface » is the winner of the 6th International Composition Contest « Coups de Vents » 2018, which is held every two years in northern France. It received both the 1st prize from the jury as well as the audience’s choice.
It has a duration of 12 minutes and it is scored for standard wind band setting.
For more information about the availability of this music, please contact:
https://coupsdevents.com/en/

Takashi Haga was born in Yokohama and graduated from the music department of the Aichi University of the Arts where he majored in composition and won the Excellent Student Award. In 2015 he continued his studies at the “Conservatoire à Rayonnement Régional de Paris” where he earned degrees in theory and composition.

Takashi Haga has also received the PNTA Piano Competition compulsory music award in 2013, 3rd Prize at the 21st Tokyo International Competition for Chamber Music Composition, and 1st Prize of the international composition competition for wind band for the 150th anniversary of the Harmonie d’Eybens-Poisat (France).

His works have been performed by several world-renowned wind bands, including the Garde Républicaine in Paris (2019), the Orchestre d’Harmonie Saint-Omer, France (2018), the Tokyo Kosei Wind Orchestra (2020), the JGSDF Central Band (2019), and the Kanagawa University Symphonic Band.