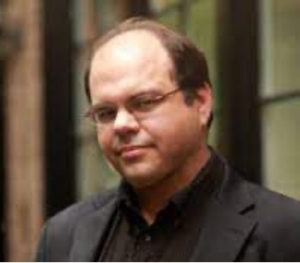 Last Breaths, by Puerto Rican-American composer Armando Bayolo is our Composition of the Week.

“Last Breaths set the last words of six young men killed by police in the last ten years. I hope it honors their memories in some small way, and it is to those memories, along with countless others’, that this work is dedicated.”

Last Breaths has a duration of approximately 10 minutes, and it is composed of seven very short movements. Those last words form the text and musical inspiration for each movement.
Last breaths exist in two versions, one for baritone, bass clarinet, trumpet and trombone, written between December 2014 and January 2015, and a second one, dating from 2016, for a larger wind ensemble setting. The latter was commissioned by a consortium of American university ensembles.

Armando Bayolo was born in Santurce, Puerto Rico, in 1973. He holds degrees from Eastman School of Music, Yale University and the University of Michigan. As a composer, Bayolo has written for a wide variety of ensembles, including orchestra, chamber ensemble, instrumental soloists, wind ensemble, choral, and vocal. He is also active as a conductor, and is the founder of the Great Noise Ensemble, which has become an important force in contemporary music in the Washington, D. C. area. He is currently on the faculty of the Peabody Conservatory of Music.