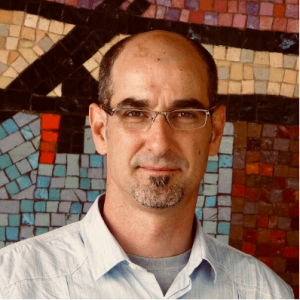 KING MANGOBERRY by Venezuelan-born composer Ricardo Lorenz is our Composition of the Week.

This five-movement set was started in 1993 with the writing of its first movement as a single work. Later on, in 2017, Lorenz revised this original first piece to better suit the addition of four new movements.

The result is a suite of about 23 minutes. Its movements are

The music is published by Keiser Southern Music.

“On the surface, Allegories of King Mangoberry seems to bridge the world of Walt Disney and subjects like biodiversity and multiculturalism. Commissioned by the University of South Carolina, each of the five movements comprising this suite evokes an imaginary scene that plays out in a fictitious royal court made up of exotic — and fully organic — characters. Each of the characters’ names is derived from the unlikely combination of produce indigenous to disparate geographies: mango and strawberry, cherry and asparagus, walnut and coconut, and so on.

At a deeper level, however, Allegories of King Mangoberry draws inspiration from the worlds of Noam Chomsky and Sigmund Freud in order to comment upon the politics of identity. This cryptic dimension of the work is revealed not only in the titles of the movements but, most importantly, in the unfolding of the music itself.” Program Note by Composer

Ricardo Lorenz is currently Professor and Chair of Music Composition at Michigan State University College of Music.   His compositions have received praise for their fiery orchestrations, and rhythmic vitality as well as for raising awareness about global societal challenges that concern the composer.