IN WARTIME for Wind Ensemble by David Del Tredici (USA) 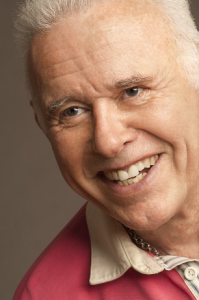 David del Tredici’s In Wartime is our Composition of the Week.

This is Del Tredici’s first composition for Wind Ensemble. In Wartime was finished at the beginning of 2003 after four months of gestation. With a duration of 18’ minutes, the work is divided in two uninterrupted sections: Hymn and Battlemarch. Both sections are inspired by the war the USA and Syria begun in 2003. The former reflecting hope and optimism, as opposed to the latter, getting us into the darkness and drama of war, confronting musical elements issued from the East and West parts of the world.

Del Tredici uses a full Wind Ensemble including Contrabass Clarinet, Double Bassoon, Soprano Saxophone, Celesta, Harp and a large percussion section which includes sirens at the closing of the piece.

“In Wartime, my first piece for wind symphony, was begun on November 16, 2002, and completed on March 16 (my birthday), 2003 — as momentous a four-month period in US history as I have experienced. November’s dramatic congressional mandate for war had become, by March, the shocking international reality of war. With my TV blaring, I composed throughout this period, feeling both irresistibly drawn to the developing news and more than a little guilty to be unable to turn the tube off. Composing music at such a time may have seemed an irrelevant pursuit, but it nevertheless served to keep me sane, stable and sanguine, despite the world’s spiraling maelstrom.

In Wartime is comprised of two connected movements — Hymn and Battlemarch. The first, Hymn, has the character of a chorale prelude, with fragments of Abide With Me embedded beneath a welter of contrasting and contrapuntal musical material. After a climax, the well-known hymn tune is presented in its unadorned form. As the stately phrases progress, all the bustling earlier music gradually returns and is superimposed atop the hymn; the surprising combination — in musicological terms, a quodlibet — suggests not only an expanding musical universe, but also a coalescence of forces in prayer before battle.

Heralded by a long, ominous roll on the snare drum and a steady, measured tread, Battlemarch announces the start of war. In a wavelike series of pulsing four-bar phrases, the musical energy repeatedly pushes forward, then recedes. Like the incoming tide, the waves” encroach inexorably on new harmonic ground; like a gathering storm, the waveforms grow in enormity and frenzy, until their fateful confrontation with Salamati, Shah! (the national song of Persia), laced as well with quotes from the opening of Wagner’s Tristan und Isolde. With East battling West in musical terms, this trio section of the march builds to the movement’s climax. As the overwhelming wash of sound subsides, the opening march-theme returns, now battle-weary but growing nevertheless to a full-throttled recapitulation and finale — marked, inevitably, by a wail of pain.

In Wartime is dedicated to a comrade in musical arms — my good friend and fellow composer, Stephen Burke. April 2003”