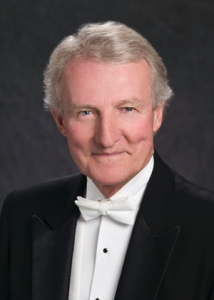 Wickes served as director of bands at the University of Florida from 1973 to 1980, then came to LSU. Wickes’ tenure at LSU entailed conducting the LSU Wind Ensemble and teaching courses in graduate wind conducting and wind literature. He was honored by LSU in 1999 with an endowed alumni professorship and again in 2000 with a special recognition from the chancellor. He was inducted into the Louisiana Music Educators Hall of Fame in 2009

“Words cannot adequately express how deeply saddened we all are of Frank’s passing,” she said. “I worked with him for 25 years during my time at LSU and will be eternally grateful for the mentorship, opportunities and support he showed to me during those years. And while his legacy as a true musician, teacher and leader will live on in his students, I can tell you the entire band world is grieving right now.”

After retirement in 2010, Wickes traveled the country, working as a clinician and mentor to band programs. He conducted more than 40 all-state honor bands and actively participated in numerous national workshops.

He was a loyal member of WASBE.